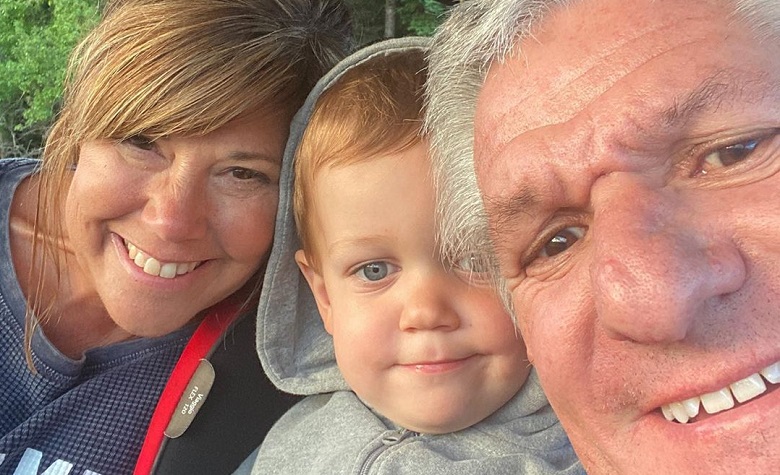 Little People, Big World star Matt Roloff gives “Cha Cha,” Caryn Chandler a shoutout in photos for her help over the weekend with his two grandchildren. Zach Roloff and his wife Tori Roloff celebrated their fifth wedding anniversary and it sounds like they got a little alone time thanks to their dad and Caryn. So, Granpa and Caryn took care of Jackson and Lilah for the weekend.

The pics of the kids are adorable and they also show Caryn supplying a lot of hands-on, which is what’s needed with a toddler and a preschooler. The Little People, Big World patriarch raves about his Cha Cha.

He talks about all she did with the kids. He shares several pictures in the post below of Caryn and the kids. Matt also posts his Little People, Big World photos of the kids alone and also with him.

A huge thank you to Super Hero Cha Cha who effortlessly helped me watch the grand babies this weekend so @zroloff07 and @toriroloff could celebrate their 5th wedding anniversary @stephanieinn… we had the best ..most fun filled weekend ever. Hope Z&T had fun too!!

Matt Roloff goes as far as calling Caryn Chandler his “Super Hero” as she tends to the care of the kids and made it look “effortless.”

Head Over Heels for Caryn?

The Little People, Big World grandfather seemed more in awe of Caryn than he was of the kids. Fans couldn’t say enough about the cute shots of the kids,  But Matt’s concentration when it comes to the photos seemed more about Caryn. 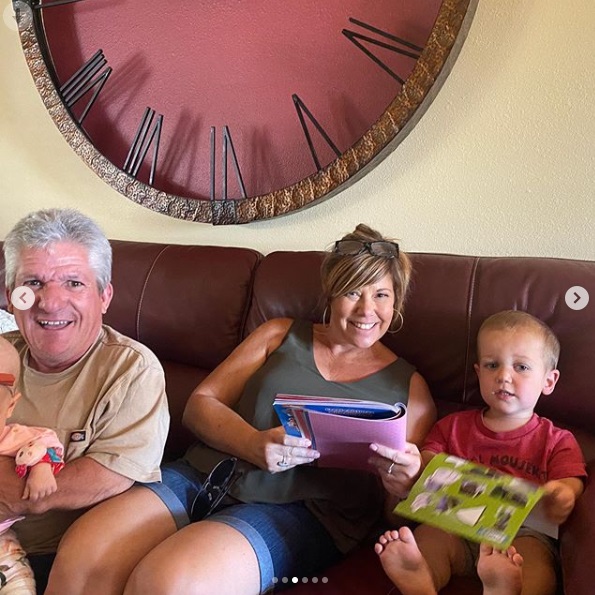 Maybe there’s a reason for this. Rumors recently cropped up online that put Matt Roloff and Caryn treading rocky ground. So, without addressing those rumors, possibly Matt decided to show proof of just how strong their relationship is today.

Little People, Big World: Media Drudges Up Past for Caryn

Maybe Matt is attempting to share some good news for his Little People, Big World girlfriend. Over the weekend a story about Caryn’s son’s arrest record made the headlines. Is it possible Matt wanted to offer up something positive about Caryn to outweigh the negative online?

Caryn is now a public figure since she became involved with the Little People, Big World star. Now as someone in the public eye, her private life is under the watchful eye of the media. Since Caryn was acquainted with the Roloffs, as she worked on their farm, she had to know this before her relationship with Matt became public.

She’s also up against the die-hard fans of Amy Roloff as well. You can see that the family is quite fond of Caryn and has accepted her as Matt’s girlfriend. But there are still some fans out there who don’t accept her.

So maybe Matt, who seems crazy about Caryn, attempted to shed some positive light on the woman he loves. For whatever reason Matt Roloff has, he really paid a wonderful tribute to Caryn in his latest post.