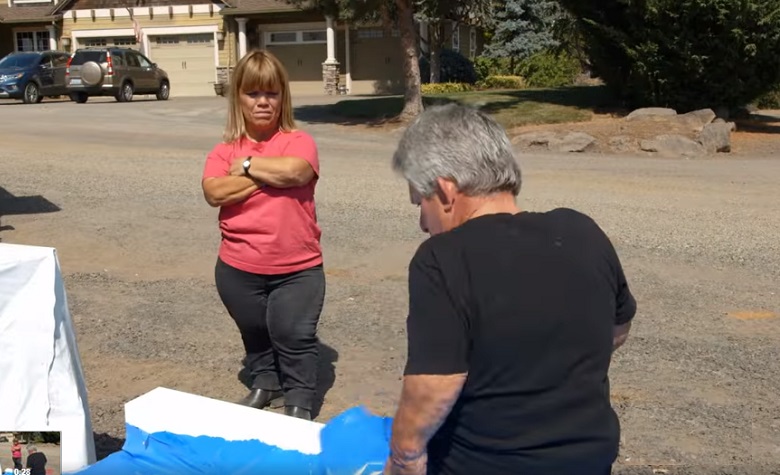 Matt Roloff and ex-wife Amy Roloff of Little People Big World will always be connected through their kids, so they seem to make it a point to get along.

Their 29-year-old son Zach Roloff best describes his parents as “cordial” with one another. Since their 2016 divorce, they work at this cordial relationship. But that doesn’t mean Little People, Big World stars will be hanging out together with their significant others by their side anytime soon.

“They’re getting along fine,” Zach said during a recent interview. The family just rolled out the Little People, Big World Season 20, which airs on TLC Tuesday nights. So fans will get a bird’s eye view on how the ex-spouses are doing.

But Zach Roloff sheds a little light on how his mom and dad deal with one another. He said:

“They’re just trying to figure out the farm deal. My mom’s transitioning off and everything, and you’ll see that in the upcoming season. It’s an ongoing discussion for them, but I think they’re dealing with it as best they can, being a divorced couple but also business partners still … It’s not like they can’t be in the same room together.”

Double Dating Not In Their Future?

While Amy, 55, and Matt, 58 had an amicable split, Zach doesn’t see them getting together as couples anytime in the near future.  Their son’s take on things is that they’ll “probably not” go on double dates anytime soon. Both his Little People, Big World parents have found new love interests and Amy is planning to marry Chris Marek.

When Matt and Amy agree to put up a fence to separate their sides of the farm, it stirs up emotions for both of them. Watch Matt, Amy, and the rest of the family navigate their changing lives on #LPBW Tuesdays at 9/8c.

Matt announced his relationship with Caryn Chandler a few years back. At the time she was an employee at Roloff Farms. Five years ago this couple announced their divorce intentions. The joint statement they released shocked the fans. The popular Little People, Big World couple is much-loved by their fans throughout the nation.

“We are proud of what we have accomplished together, including raising four wonderful children who have grown to become remarkable adults and building our strong and ongoing successful business.”

Their divorce became final in 2016 and the two found themselves in new serious relationships once they parted. The Little People Big World stars are the proud parents of the four Roloff kids, Twins Zach and Jeremy, 29, Molly 26, and Jacob 23.