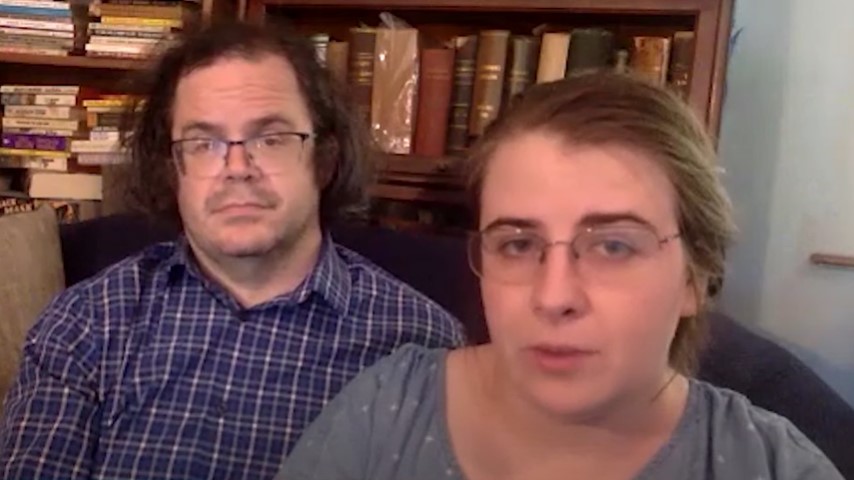 The Delphi Murders have haunted true crime enthusiasts for years. On an unseasonably warm February day back in 2017, two Indiana teenagers disappeared from a hiking trail in their hometown of Delphi. Authorities uncovered the bodies of Abigail Williams and Liberty German the next day. Indiana State Police adamantly claim that the case is still active, but they haven’t arrested anyone.

In the past year, authorities have occasionally released more tidbits and clues. They’re still encouraging people with information about the case to come forward. But new information that The Murder Sheet podcast obtained could very well crack the case wide open.

Journalist Áine Cain and attorney Kevin Greenlee are the minds behind The Murder Sheet. Like many other true crime podcasters, they’ve found the Delphi Murders case incredibly fascinating. Recently, the pair received an anonymous tip. They followed the lead all the way out to the Wabash River in Peru, Indiana in August. There, they saw authorities combing through the woods and river as if they were searching for something.

“We just kind of ran up there ourselves to see what was happening, and we witnessed a search [of] about 12 personnel in the river looking over things,” Cain reported to Fox News Digital. “They had buckets, shovels. They seemed to have devices that we felt could have been metal detectors, and Indiana State Police (ISP) vehicles were parked next to the river. We documented that and then … looked at sort of a confluence of events that we felt were likely related based on what our anonymous sources have told us.”

An official representative from law enforcement did confirm that they had crews out that day, but couldn’t publically say what they were looking for.

So far, authorities have been incredibly tight-lipped about the finer details of the Delphi Murders case. If they were indeed looking for new evidence, they aren’t likely to say so anytime soon.

The family still hopes justice will be served soon

Every year near the anniversary of the murders, the girls’ family speaks out and reminds the public that the killer is still at large. The public still desperately wants justice for Abby and Libby.

ISP hasn’t given many details about the investigation so far, but The Murder Sheet team did manage to uncover some interesting transcripts. The “anthony_shots” catfish account on Snapchat allegedly had contact with the girls at one point or another. However, ISP officials haven’t said whether or not the man behind the account is an official suspect or not.

Check back for more information on the Delphi Murders case and other true crime news. You won’t want to miss out on a single development.