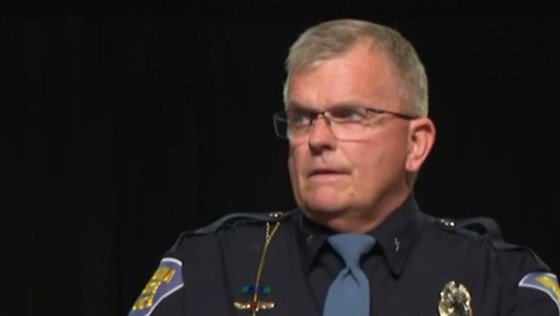 After five and a half years, it seems like Indiana State Police finally has an answer for the tragic 2017 Delphi murders of Abby Williams and Libby German. During a press conference this morning, ISP superintendent Doug Carter updated the public and confirmed that an arrest had been made in the case.

Keep reading to find out more about the subject, what they’re holding him on, and what the public knows so far.

Back in February, Superintendent Carter firmly believed that authorities were closing in on their suspect.

“Three years, two years 11 months,” Carter told the Indianapolis station WRTV at the time. “It could be today. We continue to move in a positive direction.”

However, due to court orders, authorities are not permitted to share more details about the case. Speakers during the conference stated that they would release more information in time, as soon as it became possible to do so. Authorities still consider the Delphi murders as an active investigation. Releasing evidence prematurely could jeopardize the investigation.

ISP officials acknowledged that the public is frustrated about the secrecy surrounding the investigation. They know that the public desperately wants answers and justice for Abby and Libby. But for now, they believe that they’re doing the right thing for the case. They assured everyone that everything would be public in time.

ISP releases an official statement regarding the arrest

Local Indianapolis stations initially started covering the Delphi murders case, but it soon sparked national attention. Everyone around the country wanted to see justice for Abby and Libby.

Shortly after the press conference concluded, ISP released an official press release about the arrest.

The release says that police charged him with two counts of murder on October 28.

On Friday – Allen was formally charged with two counts of murder and transported to the White County Jail, where he is currently being held without bond. #Delphi #AbbyandLibby @wrtv pic.twitter.com/TgIQa7Df8k

Sadly, there are still more questions than answers for the public at this point. But the good news is that ISP seems confident that they will bring their murderer to justice very soon.

Keep following Entertainment Chronicle for more information on the Delphi murders and other true crime cases.

‘Counting On’: Jinger Celebrates Release Of Book In NYC
’90 Day Fiance’: David Shares What He Relishes The Most In Thailand
‘Counting On’: Amy Duggar Ready To Tell The Truth & Expose IBLP?
‘Sister Wives’: Fans Recall Dayton’s Sweetest Moment In The Show
‘Counting On’: James Shares Dangerous Activity No Duggar Has Done