It’s been a year since Prince Harry and Meghan Markle made the huge move to the United States. It caused a big stir when the royal couple decided to uproot their family to move overseas to start a new life. They wanted a life away from royal responsibilities. And, from current reports, they are loving it.

Hollywood Life shared the reasons behind Prince Harry and Meghan’s love for their life in the United States. And, share the couple has no intentions of moving back to England anytime soon. Reports indicate that while the pandemic would prevent the couple from going to England anyway, they are not having regrets.

Prince Harry and Meghan reportedly have no second thoughts about their decision to step down from royal duties and move out of Britain. While the couple doesn’t regret their decision to move to the United States, they are planning to spend time in the U.K. once it is safe to do so.

A source who’s close to Meghan says, “Meghan and Harry have not abandoned their plan to spend time in the U.K. it’s just that world events have made staying in one place the best choice for now.”

They will eventually be spending time in England

Harry and Meghan will spend time in England once the pandemic eases up restrictions. The source reportedly said, “But once the pandemic is well handled, they will definitely be going back to spend some quality time there.” They continued, “That being said, they are very happy that they made the move to Santa Barbara. As tough as the year has been, they have not wavered on their decision.”

Prince Harry and Meghan want to do good in the world. They have been able to accomplish a lot and have much more they are planning. Being away from royal duties allows them more time to accomplish the things that are important to them. 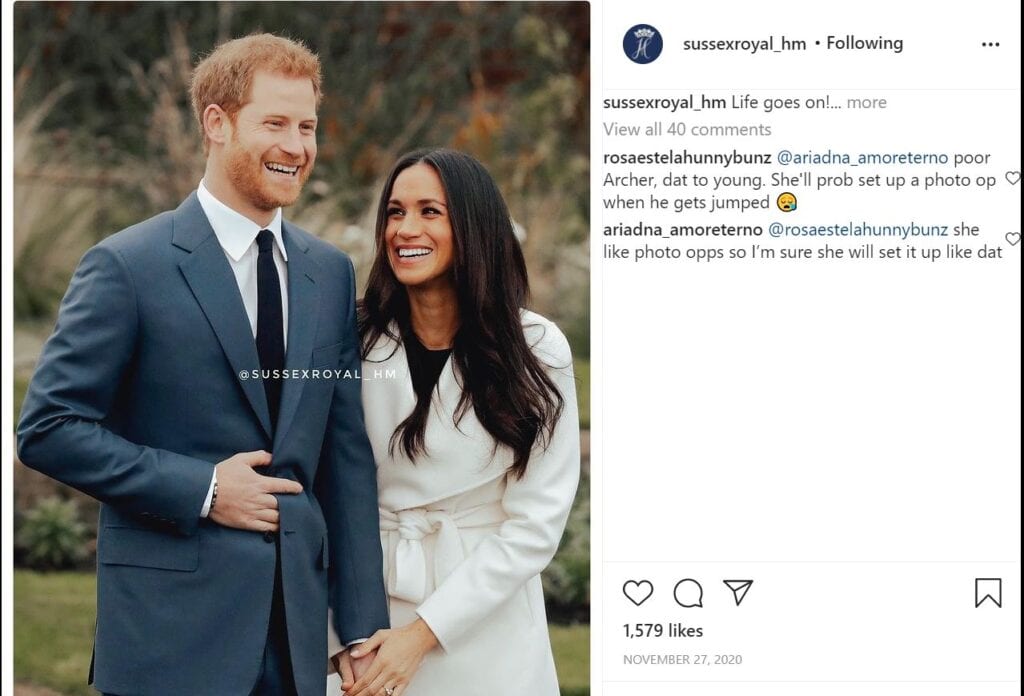 And, living in California gives Meghan a chance to spend time with her mother. The two have always been close. However, when Meghan was away in Toronto filming, their time together was scarce. It became even more so once Meghan moved to Britain.

Meghan is making up for lost time. Her mom is also getting to bond with Archie, which is something very important to Meghan.

Prince Harry and Meghan just signed a multimillion dollar deal to release multiple podcasts. Their first one was already a hit and allowed the world to hear their son Archie speak.

No doubt there are great things to come in the future for Prince Harry and Meghan. Stay tuned.