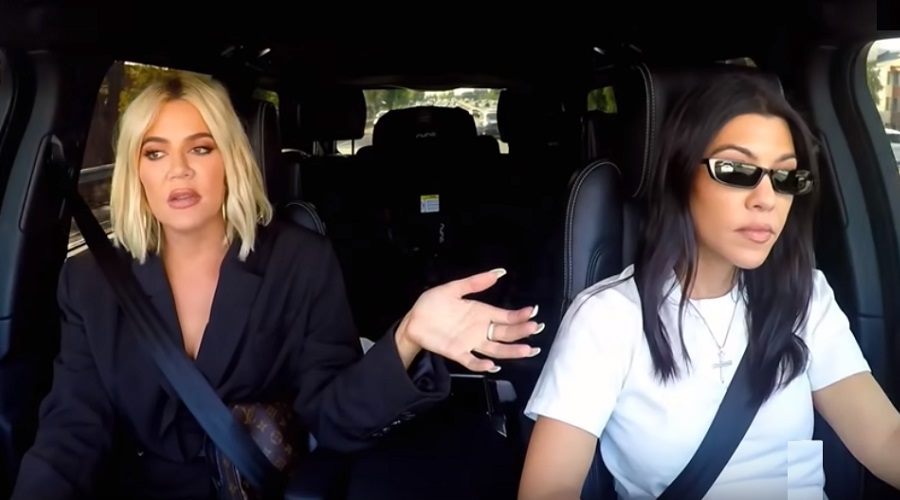 Keeping Up With The Kardashians Season 17 Episode 4  shows Kourtney Kardashian plans a trip to Finland and invites Scott Disick and his girlfriend Sophia Ritchie. Khloe Kardashian plans a birthday party for twins Malika Haqq and Khadijah Haqq McCray. North West is invited by her idol Jojo Siwa to appear in a YouTube video.

Keeping Up With The Kardashians: Scott Feels The Pressure In Finland

Khloe Kardashian compliments Kourtney on being a great co-parent for inviting Scott and Sophia on a trip to Finland with her and the kids. Kourtney admits she doesn’t know how Sophia feels about the trip but the sisters hope if she had any concerns she would speak up. Scott’s girl has been on trips with him, Kourtney, Mason, Penelope, and Reign before but sometimes felt left out. This is the first trip that the cameras will be following them. Scott worries because it’s not something she is used to. While on the trips Scott starts to feel the pressure because he wants everyone to be happy.

I love this version of Scott Disick ❤️ #KUWTK pic.twitter.com/wesHP9W7vz

While on a visit to Santa’s workshop Sophia feels tired. Scott claims Mason isn’t feeling well and the three of them leave to go back to the hotel. Kourtney found it bizarre they would leave in the middle of the outing. Later while in the hot tub Kourtney gets fed up with Scott’s negativity which is placing a dark cloud over the trip. On a FaceTime call with Kim, he admits the pressure of wanting Sophia, Kourtney and the kids happy has him stressed. He isn’t happy and not fun to be around. Kim assures him they will all figure it out.

So he sits down with Kourtney and she tells him he’s putting too much pressure on everything. If he wants to spend time alone with Sophia, he can. Once Scott realizes everyone is having fun he relaxes and enjoys snowmobiling with his girl. The rest of the trip goes off without a hitch. Everyone was thrilled to see the beautiful Northern lights

Khloe plans a birthday party for her bestie Malika and twin Khadijah in Las Vegas. Malika wants a weekend of pure drunk fun. Khloe doesn’t want to lose control but Malika insists she should do what she wants for her birthday. In Vegas, Malika is out of sorts because she was asked for ID when she went to a soundcheck for her boyfriend, rapper OT Genasis. Khloe can’t understand why Malika is being “ snappy and bratty”. Khloe is annoyed with her insistence that she drinks. Later Malika picks a drunken fight with Khloe who has no idea what they’re fighting over. To deescalate the situation, Khloe removes herself. She goes to bed while Malika yells “Bow out bitch!”
At home, Malika visits her bestie. Khloe chastises her for not being a good friend and pressuring her to drink. Malika apologizes for her behavior in Vegas.

Keeping Up With The Kardashians: North’s YouTube Appearance Has Kim Conflicted.

Kim gets an offer from North’s idol, YouTube sensation Jojo Siwa to FaceTime with the little girl. That leads to an offer for North to appear on her YouTube channel. Kim worries it will be overwhelming but Kris urges her to just let North have fun. She’ll only let her daughter do it if she’s 100% onboard.
Kim and Kanye decide to let their daughter do the video. At first North is shy and uncomfortable which makes Kim feel guilty. But she lets North FaceTime her friend. She and Jojo dance for her pal which puts North at ease. While North and Jojo are busy filming their video, Kim checks out the YouTube star’s merchandise on the sly. North gets to bring a piece of merchandise home. Kim is happy she let North have this experience. She had the time of her life.