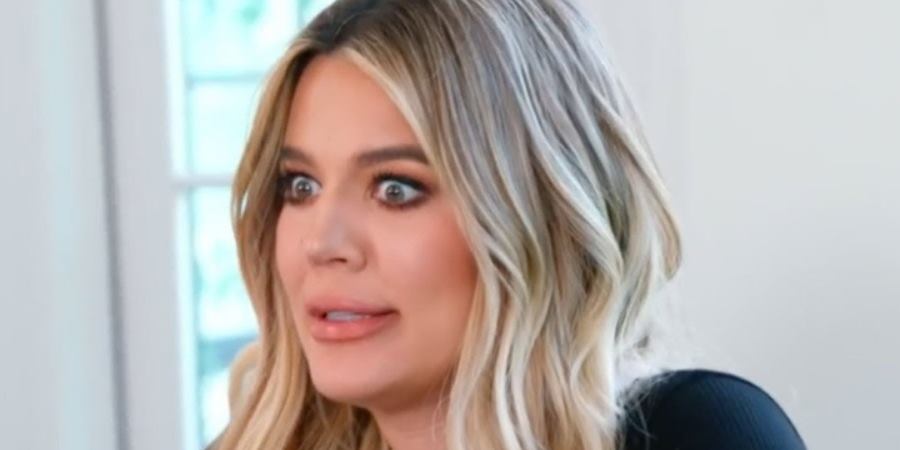 Keeping Up With The Kardashians Season 17, Episode 2 finds Khloe Kardashian in tears after her daughter True Thompson’s first birthday. Kim Kardashian West receives the results of her blood tests, Kim and Kourtney Kardashian are at odds,  Kourtney’s emotional about turning 40, and Kanye West is asked to perform at Coachella on Easter Sunday.

Khloe worried about how her family would treat her ex, Tristan Thompson at her daughter True’s first birthday party. She became upset when Tristan cornered Kanye over the use of a certain song. Tristan playing the victim was hard for Khloe to swallow. She ended up in tears. In later scenes both Kim and Malika assure her True’s party was a success.

Khloe just wanted what was best for True as the Keeping Up with the Kardashians mom planned every detail of her party. Later she called Tristan so True can talk to her dad. It became uncomfortable because True kept walking away leaving the exes to have an awkward conversation. Khloe realized it will take time before she reaches her goal of being able to co-parent peacefully with Tristan.

Kim had a bad health scare and awaited the results of her blood tests. She feared she had lupus or rheumatoid arthritis. With a new baby on the way and studying to be a lawyer, she worried about the impact of a life-altering illness would have on her life. The results of her blood tests and the ultrasound of her joints revealed she had psoriatic arthritis. With this diagnosis, the Keeping Up with the Kardashians celeb will have pain from time to time but can manage.

Keeping Up with the Kardashians: Kourtney Kardashian Turns 40

Kourtney was busy getting ready for her 40th birthday party and asked Kim to help with picking out an outfit. She became annoyed over Kim’s criticism over every choice. Later Kim discovered Kourtney reached out to the stylist she uses and accused her sister of copying her style. They have a war of words and Kim called her a fake humanitarian hoe. Kourtney complained to Khloe and broke down in tears. Kim griped to her mother Kris who deduced Kourtney was anxious about turning 40.

Kourt's still on the lookout for a potential soulmate 👀👀👀 #KUWTK pic.twitter.com/i2CAcFILS3

Later the Kardashian sisters along with Kris and Kendall Jenner attended the opening of a center for esophageal cancer at UCLA named for their late father Robert Kardashian. After the ceremony, Khloe asks Kim to give Kourtney a break as she’s dealing with turning 40. Kim agrees. She even finds the perfect dress for Kourtney to wear to her birthday bash. Kourtney loved the dress and her party. Who wouldn’t love Robin Thick and Sia singing happy birthday to them? That’s a treat for even the famous Keeping Up with the Kardashians clan.

🤣 watch a brand new episode of Keeping Up with the Kardashians tonight at 9/8c on E! #love #family #KUWTK pic.twitter.com/2TRFtTI2za

Kanye is invited to perform at Coachella on Easter Sunday. The family headed to Palm Springs to attend his performance and to enjoy Easter dinner afterward. Fifty thousand people show to listen to Kanye and his choir. In Keeping Up with the Kardashians style Kourtney poses in a two-piece bathing suit by the pool at the Palm Beach house.

All her anxiety disappeared after her party. Kim gave the family the good news of her test results. The next generation had an Easter egg hunt. Then the family and friends enjoyed Easter dinner. The whole family managed to take a nice family photo.

Keeping Up with the Kardashians airs Sundays at 9 pm on E!

Check Entertainment Chronicleoften for the latest on all your favorite reality shows like Keeping Up with the Kardashians.