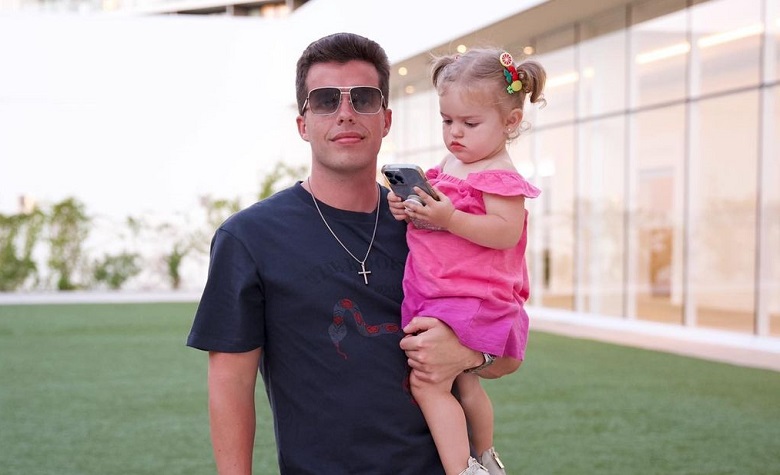 90 Day Fiance star Jovi Dufren has been keeping in touch with the fans lately. Most of the time, Jovi shares exciting updates with his wife, Yara Zaya, and their daughter, Mylah. Fans are also praising Jovi for his newfound maturity. Many are also praising his parenting and efforts to spend most of his time with his own family. Now, Jovi is back to share another update with the fans. This time, Jovi is sharing his adorable beach day with Mylah during their vacation in Mexico.

In a social media post, 90 Day Fiance star Jovi Dufren shared an adorable clip from their beach day in Cancun, Mexico. “She is just loving life. Miss Independent doesn’t wanna let me hold her bucket,” Jovi captioned. Mylah has been leaving the fans in awe since landing in Mexico. Jovi and Yara Zaya have been sharing adorable clips and pictures about her. Fans are also impressed that Mylah is already used to beaches, and fans praise Jovi and Yara for it. Meanwhile, some fans are hoping that Jovi and Yara will finally figure out where will they move after their vacation as Mylah starts to get bigger.

90 Day Fiance star Yara Zaya also shared a picture of Mylah that impresses the fans. Apparently, Yara shared how relaxed Mylah is during their trip to Mexico. She was just using her tablet paired with a headset, which is unusual for some kids her age during an airplane trip. According to some, Mylah has clearly become independent. Fans also think Yara and Jovi Dufren’s parenting played a significant role in Mylah’s incredible personality.

Yara Zaya also made the fans laugh with her latest clip with Jovi Dufren. Apparently, Yara shared a clip of Jovi working out with a cup of wine. According to Jovi, the wine tasted so good and he couldn’t help but take a sip every now and then. Yara was laughing throughout the clip and told Jovi that he will never lose weight in what he was doing. Nevertheless, it’s clear that Jovi and Yara have been having a blast on their vacation in Mexico.

Jovi and Yara are considered by many as one of the most successful TLC couples today. Fans also think TLC will keep them around due to their growing popularity. Would you like to see more of them in the time to come? Let us know in the comments below.

’90 Day Fiance’: David Shares What He Relishes The Most In Thailand
‘Sister Wives’: Should Christine Be On ‘Dancing With The Stars’?
‘Sister Wives’: Madison Brown Stuns In 38th-Week Pregnancy Pic
‘Sister Wives’: Kody Slammed For Not Taking Own Advice In Latest Cameo
‘Counting On’: James Shares Dangerous Activity No Duggar Has Done