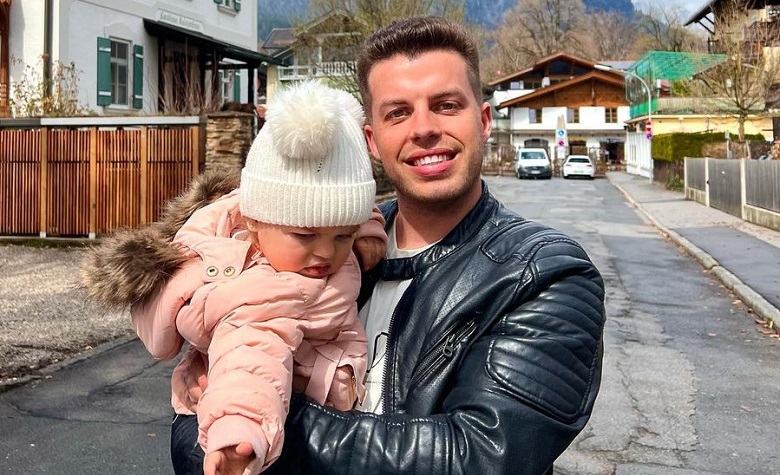 90 Day Fiance star Jovi Dufren loves to interact with fans on social media. Most of the time, Jovi shares updates about his family, especially when it comes to his daughter, Mylah. Fans are also impressed by how many places they’ve been through last year. It also appears that Jovi has no intentions of stopping his travel hobby. He even took to social media recently to open up about why he insists on traveling with Mylah despite her young age.

90 Day Fiance: Jovi Dufren Shares Why He Insists on Traveling With Mylah

In a social media post, 90 Day Fiance star Jovi Dufren opened up about why it’s important for him to travel with Mylah despite her young age. Apparently, fans have been telling Jovi that Mylah wouldn’t even remember her travels once she gets bigger. However, it seems that Jovi sees it differently. According to Jovi, the fact that Mylah will be able to learn a lot from traveling including different cultures is a big thing for him. He also said that making the kids hear different languages will help them a lot to become more curious. “Y’all are more than welcome to have your own opinion, just not here,” Jovi added.

90 Day Fiance star Jovi Dufren also took to social media to share his big travel plans with his family before Mylah goes to school. According to Jovi, he’s aiming to travel the world, even more, this year. “Would love for her to experience different cultures at a young age,” he added. Jovi didn’t exactly share their next travel destination. But fans believe they’re going to fly across countries soon, especially with Mylah finally getting used to riding airplanes. Meanwhile, fans continue to praise Jovi in his latest Q&A. Some even took the opportunity to commend him for his incredible parenting.

It also appears that 90 Day Fiance stars Jovi Dufren and Yara Zaya are still struggling on finding a new home. According to some, Jovi and Yara should make a decision soon and prepare their daughter for school. Jovi has already expressed their interest in Florida and Texas. There are also speculations Jovi and Yara may end up in Los Angeles due to their expensive lifestyle. At this point, fans can only hope that the TLC couple will finally find a new place to call home.

Jovi and Yara are one of the most successful TLC couples today. It also appears that TLC has more plans for them in the future due to their growing popularity. Would you like to see more of them? Let us know in the comments below.