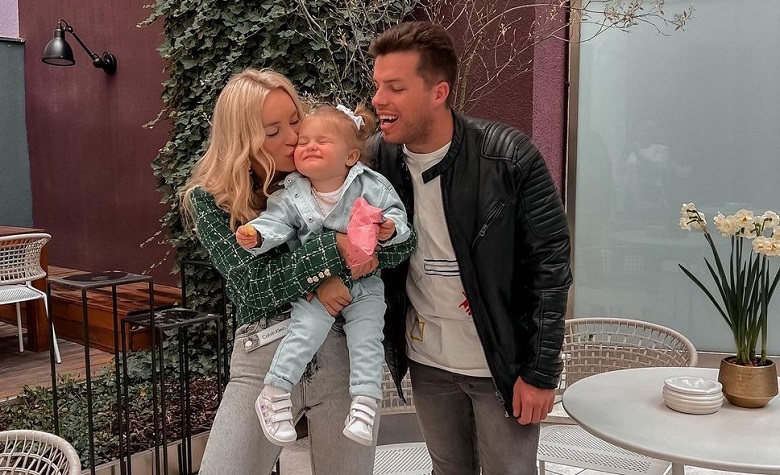 90 Day Fiance star Jovi Dufren loves to share updates about his family. Most of the time, Jovi shares adorable pictures with his daughter, Mylah. Jovi’s wife, Yara Zaya, has been keeping in touch with the fans as well. Fans are also praising Jovi for keeping Yara positive amid the ongoing war in her home country, Ukraine. Now, Jovi is back to share another update for the fans. This time, Jovi shares how he handles traveling with Mylah.

90 Day Fiance star Jovi Dufren took to social media to answer several questions from the fans. One of which is about how he handles traveling with Mylah. According to Jovi, he and Yara Zaya don’t actually plan activities. Instead, they just go with the flow.

“On the plane rides, we bring a few toys and snacks. She’s usually entertained by the plane monitors,” he added. Jovi also revealed that Mylah behaves well most of the time. “We don’t ever decide not to do something because she’s with us. As long as the place allows kids,” he added.

Are They Moving To Florida?

90 Day Fiance star Jovi Dufren also took to social media to share a picture with Mylah in Rosemary Beach, Florida. “Fun times with my baby girl,” Jovi captioned. It seems that Jovi is on a vacation in Florida with his family, which is one of his choices to call their next home.

According to Jovi, they’re currently choosing between Texas and Florida. However, it appears that Jovi is enjoying Florida lately more than Texas. At this point, Jovi has yet to share if they have already come up with a final decision regarding their plans to move. But fans think that it’s only a matter of time before they finally decide.

90 Day Fiance star Yara Zaya also took to social media to share a hilarious moment with Mylah. Apparently, Yara shared a clip with Mylah wanting to get in the water. “Life with Toddler be like. MYLAH really wanted to swim,” Yara captioned.

Moments later, fans took to Yara’s comment section to share how much they relate to her life as a mother. Some also praised Yara’s patience towards Mylah. “She’s so cute! And sassy! Keep up the good work mama,” one fan said. “You’re doing such a great job momma,” another fan added.

It’s clear to see that Yara and Jovi Dufren are loving their best lives as parents. Fans also hope the two will share more vlogs about their travels with Mylah.