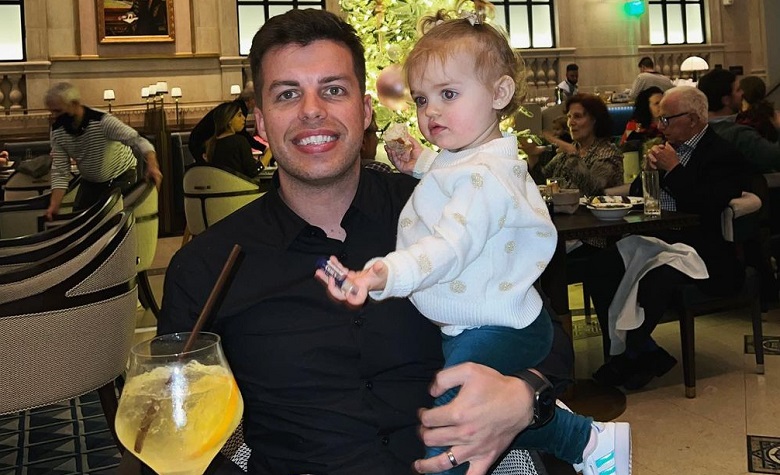 90 Day Fiance stars Jovi Dufren and Yara Zaya have been keeping in touch with the fans lately. Most of the time, the two share adorable updates about their daughter, Mylah. Fans are also praising the two for their efforts in keeping their daughter happy. At this point, Jovi and Yara have been busy traveling with Mylah. It also appears that Yara is now doubling her efforts on making money for her family. Meanwhile, fans have yet to see Jovi leaving for work. Some are even starting to question why he’s been with his family for so long. Now, Jovi is back to share another update for the fans. This time, Jovi talks about how much he loves Mylah.

90 Day Fiance: Jovi Dufren Shares How Much He Loves Mylah

In a social media post, 90 Day Fiance star Jovi Dufren talks about how much he loves his daughter. “Nothing makes me happier than seeing a smile on her face,” Jovi said. “Just loving all her new emotions and her personality that is really starting to come out,” he added.

It’s clear that Jovi is starting to see the changes in Mylah’s behavior as she starts to get bigger. Fans also think that Mylah has adapted to her father’s adventurous personality. Apparently, Mylah has already been to different states at a very young age. Jovi also promised the fans that he’ll bring Mylah to his future travels around the world when she’s bigger.

90 Day Fiance fans also noticed that Yara Zaya has been doubling her efforts on making money lately. Apparently, Yara has been posting more products from her makeup line as well as promotions from different brands. Fans also think that her makeup line, Boujee by Yara, has been successful over the past few months.

On the other hand, fans have been noticing that Jovi Dufren hasn’t left for work. It’s known that Jovi usually leaves his family due to his underwater robotics job. But it seems that he now has a suitable schedule to spend more time with her family.

Aside from his recent travels with Mylah and Yara Zaya, 90 Day Fiance star Jovi Dufren also took to social media to share a picture of himself during his Turkish bath.

“Has anyone ever gotten a traditional Turkish bath? I have to say it was probably the best spa experience I’ve ever had,” Jovi said.

It’s clear to see that Jovi and Yara are living their best lives after their TLC days. Fans also think that Mylah’s arrival brought so much happiness to the couple.

At this point, Jovi and Yara are currently looking for a new place to settle in. Jovi also revealed that they’re currently choosing between Texas and Florida as their next home.