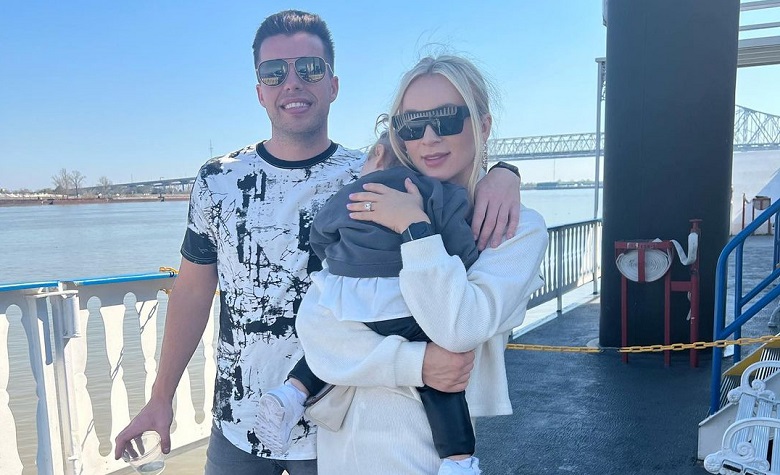 90 Day Fiance fans have been sending strong messages to Yara Zaya. Apparently, Yara has been dealing with so much stress due to the ongoing war in her home country, Ukraine. However, it seems that Yara also wants to distract herself from all the world problems lately. Due to this, she’s focusing on her businesses and her family. Now, Yara took to social media to share how much she works hard every day, and fans are amazed by her dedication.

In a social media post, 90 Day Fiance star Yara Zaya shared how she works hard every day. “Work hard play hard,” Yara said. “Credo of my life, I prefer to work until I pass out. Sleep for two hours a day. But then you can afford such a rest,” she added. It’s clear to see how Yara works so hard for her family. Fans also think that she deserves all the vacation and free time with her family. Fans also took Yara’s comment section to talk about her stunning look. Some are also wishing her more strength as she continues to battle the stress caused by the ongoing war in her home country.

90 Day Fiance star Jovi Dufren also took to social media to share a wholesome picture with his family. “Loving every moment,” Jovi captioned. It’s clear to see that Jovi and Yara are living their best lives as a married couple. Fans are also praising their parenting.

Meanwhile, fans are glad that Jovi changed throughout the years. According to some, he has become a family-first man instead of partying and drinking with his friends. Fans also noticed that Jovi can’t leave Mylah anymore and he’d prefer to spend entire days with her.

90 Day Fiance stars Jovi Dufren and Yara Zaya have been keeping in touch with the fans lately. Most of the time, the two share wholesome updates about their daughter. Fans also can’t believe how Mylah has grown already. Jovi even shared a clip of her walking around a lake they visited recently. According to some, it’s clear see how much Jovi and Yara love their daughter. The two already made it clear that having a baby number 2 will always be in their plans. However, they also said that they want to focus on Mylah first.

It’s clear to see that Jovi and Yara are living their best lives as a married couple. Fans are also hoping that TLC will continue to give Jovi and Yara projects.