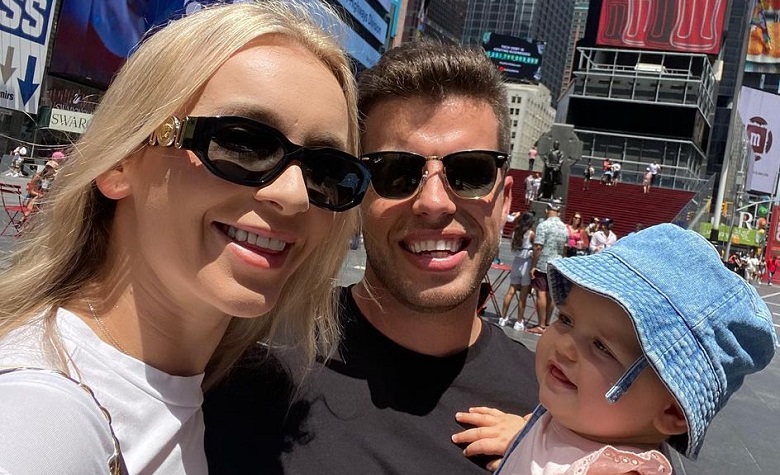 90 Day Fiance stars Jovi Dufren and Yara Zaya have been trying their best to stay positive on social media lately. Apparently, it’s been an emotional year for Yara due to the ongoing war in her home country, Ukraine. Due to this, Jovi has been trying his best to keep Yara happy. There are also times when Jovi shows his frustration and sadness from the recent world problems. Luckily, Jovi and Yara’s daughter, Mylah, is there to make them smile. The two even took to social media to share hilarious stories about their daughter.

In a social media post, 90 Day Fiance star Jovi Dufren shared a hilarious clip of his daughter, Mylah, dancing to rap music. “My lil Rapper,” Jovi captioned. Mylah’s adorable dancing touched the hearts of many. Some even took Jovi’s comment section to talk about her hilarious dance steps. “This child is absolutely beautiful and now she’s got moves!!” one fan said. “Absolutely adorable‼️” another fan added. Meanwhile, fans also praise Jovi for his incredible parenting and his efforts in spending more time with his daughter.

Yara Shares Hilarious Clip Of Mylah Taking To Her Phone

90 Day Fiance star Yara Zaya also took to social media to share a hilarious clip of Mylah talking to a phone. “Boss going to take easter picture,” Yara said. It’s clear to see that Mylah is starting to get used to a mobile phone. Fans are also impressed by her energy. Apparently, Yara also shared a clip of Mylah playing with sticks in what seems to be a local park. It’s clear to see that Mylah is Jovi and Yara’s source of energy amid all the challenges they’ve been facing lately. Fans have been cheering for their family as well. Some are even hoping that TLC will keep them in the franchise for many years.

90 Day Fiance fans also took to Jovi Dufren’s recent post to show support to his family. Apparently, many are sending strong messages and prayers to Jovi and Yara Zaya amid the ongoing war in Ukraine. Yara has been brokenhearted due to the current situation of her home country. “Praying for UA! hoping your family and loved ones stay safe,” one fan said. “Sending you lots of love, prayers, and strength Yara,” another fan added.

It’s clear to see that fans want nothing but the best for Jovi and Yara. Many are also impressed by their positive energy amid all the heartbreaking events that have been happening lately.