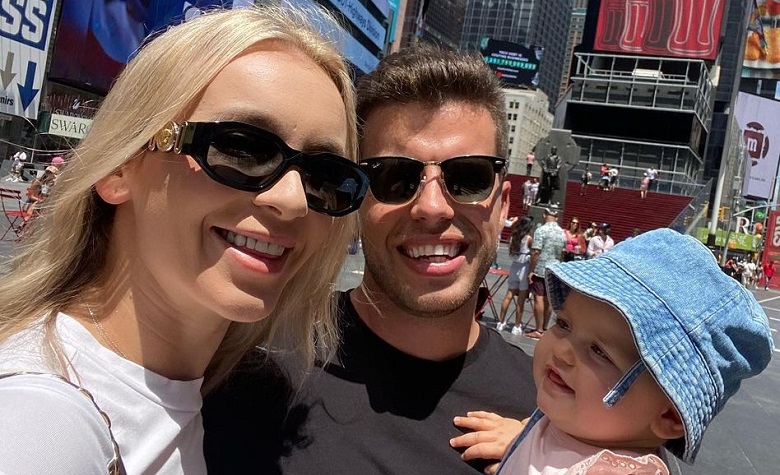 90 Day Fiance star Yara Zaya has been receiving a lot of support from the fans lately. Apparently, fans are devastated about the ongoing war in Ukraine. Yara has been thanking all of the prayers and thoughts that she and her family have been receiving as well. Fans also love how Yara and Jovi Dufren continue to focus on positivity amid all the recent world problems. Now, Yara is back to share another update with the fans. This time, Yara shares an adorable picture of Mylah riding her own bike.

In a social media post, 90 Day Fiance star Yara Zaya shared a picture of her daughter, Mylah, riding her own baby stroller bike. It’s clear to see that Mylah is living her best life with her parents. Fans also praise Yara for keeping Mylah happy all the time despite the recent heartbreaks that have been happening in Ukraine. It also appears that the recent devastating events caused Yara and Jovi Dufren to stop with their travels. Apparently, the two have been traveling a lot over the past couple of months to find a new place to call home.

Jovi Opens Up About How They Stay Strong

90 Day Fiance star Jovi Dufren also took social media to share how he and Yara Zaya stay strong amid all the recent world problems, especially with the ongoing war in Ukraine. According to Jovi, the past couple of weeks has been tough for them. He’s also hoping that things will be over soon. After that, Jovi said that he’s been trying his best to take Yara’s mind off everything to lessen her stress.

90 Day Fiance: Jovi Dufren Shares How Many Kids He Wants

90 Day Fiance star Jovi Dufren also answered some questions regarding their plans of having another child. According to Jovi, he thinks that having 2 or 3 more kids will be nice. However, he said that they’re giving most of their time with Mylah at the moment. Due to this, fans can expect that it will take some time before Jovi and Yara Zaya announces a second child. Jovi also said that they still need to buy a bigger home if they’re planning to grow their family.

It’s clear to see that Jovi and Yara are trying their best to stay positive amid all the recent heartbreaking events. Fans also praise Jovi for his efforts in making his wife happy and never leaving her side.