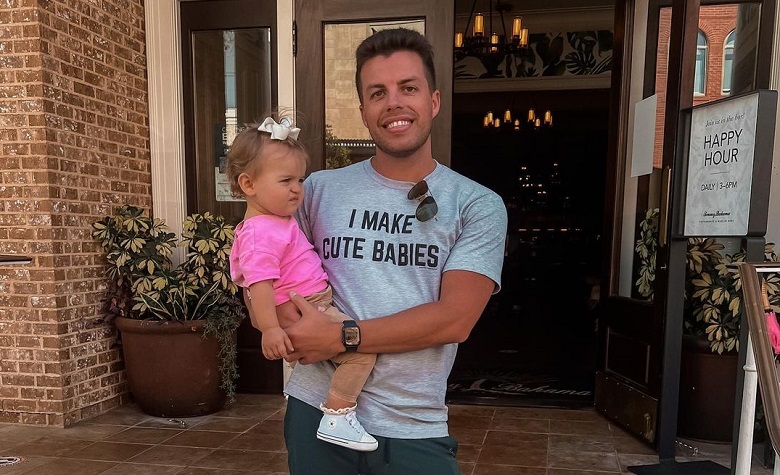 90 Day Fiance star Jovi Dufren has been sharing updates with the fans lately. Most of the time, Jovi shares wholesome pictures of his family. Fans also love how Jovi has been so transparent when it comes to his wife and daughter. Now, Jovi is back to share another update with the fans. This time, it’s about Mylah’s adorable behavior when she wants to do something. Meanwhile, Yara Zaya also took social media to share how Mylah loves to play outdoors.

In a social media post, 90 Day Fiance star Jovi Dufren shared a picture with his daughter, Mylah. “Mylah is like “Put me down, I just wanna swim” Literally could not get her away from the water until she got her food,” Jovi captioned. It’s clear to see how Mylah wants to get off from her father to swim. However, Jovi wants to make sure that she eats first before playing in the water. Fans also took Jovi’s comment section to talk about how adorable Mylah is. Meanwhile, others praised Jovi for being such a good father to Mylah.

90 Day Fiance star Yara Zaya also shared a clip with Mylah playing outdoors. Jovi Dufren can also be seen in the clip looking after Mylah. It’s clear to see how Jovi and Yara give so much time and effort to their daughter. Fans are also amazed how Mylah is able to travel to so many places at her young age. Meanwhile, Jovi and Yara have been receiving a lot of support from the fans lately. Some are also hoping that Jovi and Yara will go for baby number 2 soon. Apparently, the two previously revealed that having another child will always be in their plans. However, they want to focus on their business and careers first before adding another member to their family.

90 Day Fiance fans have been wondering why Jovi Dufren has been with his family for quite some time without leaving for his work. Some thought that he was just on a longer break, while others speculated that he was just able to get back home early. Recently, Jovi revealed in Yara Zaya’s recent YouTube vlog that he quit his job as an ROV Supervisor. However, Jovi made it clear that he has a new job that allows him to get home earlier. Jovi didn’t share a lot of information regarding his new job, but fans are happy that he gets to spend more time with his family.

It’s clear to see that Jovi and Yara have been some of the most successful couples in TLC. Fans are also amazed at Yara’s successful makeup line and online clothes shop.