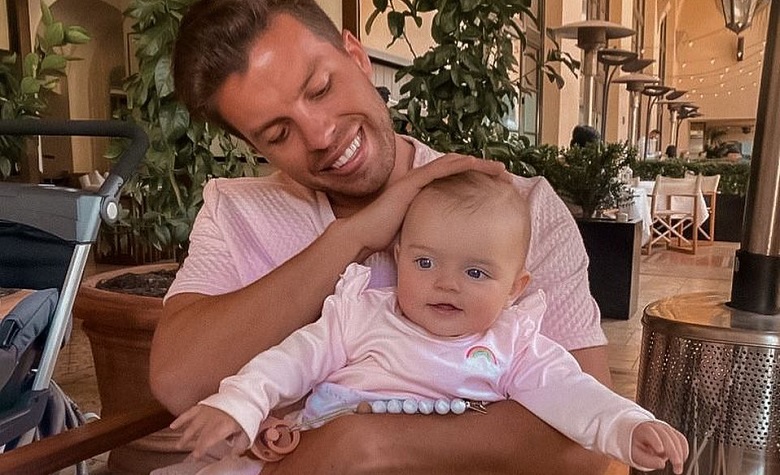 90 Day Fiance star Jovi Dufren has been sharing updates about his family lately. Most of the time, Jovi shares their past and recent travels. Fans also love how Jovi and Yara Zaya have been keeping their daughter, Mylah, in touch with the fans. It’s clear to see that Jovi and Yara have been living their best lives. Their growing popularity also resulted in TLC giving them another shot at 90 Day Fiance Pillow Talk: Before the 90 Days. Now, Jovi is back to share another update with the fans. However, this time, it’s about how blown away he is by how his daughter grows up so fast.

In a social media post, 90 Day Fiance star Jovi Dufren shared a picture of him with his daughter, Mylah. Jovi also opened up about how fast his daughter grows. “This little girl brings me so much happiness. I’m loving every moment, it’s so crazy to see her grow and how much she is changing every day,” Jovi said. “She has officially learned how to get me to do whatever she wants,” he added. Jovi also shared that Mylah loves bread, mac & cheese, and any kind of fruit. Fans also took Jovi’s comment section to agree about how big Mylah has become in a short span of time. Some also praised Jovi for being such an amazing father to Mylah.

Jovi Looking For Next Destination

Aside from Mylah, 90 Day Fiance star Jovi Dufren also took social media to share that he’s now looking for their next travel destination.  “Where should we go next??? Chicago was easily one of my favorite US cities. I want to check out possibly Tampa, Scottsdale, San Diego next,” Jovi said. He also asked the fans for other ideas. Jovi also said that he prefers countries with warmer weather and bigger cities.

At this point, 90 Day Fiance stars Jovi Dufren and Yara Zaya have yet to share if they’re still planning to move. However, the two made it clear that they’ve been trying to find the best place over the past few months. Jovi previously revealed that he’s eyeing Chicago and Miami. Meanwhile, Yara previously said that she loves NYC. It’s clear to see that Jovi and Yara are still having difficulties when it comes to moving. However, fans are amazed by their dedication to travel a lot to look for the best city.

Jovi and Yara have been busy with their travels lately. Fans can also expect that the two will travel again soon, especially now that Mylah has grown up so big.