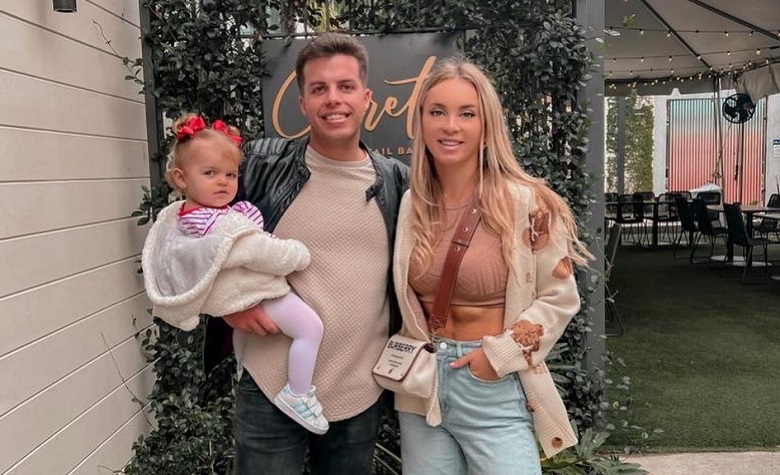 90 Day Fiance stars Yara Zaya and Jovi Dufren love to share updates about their daughter, Mylah. Most of the time, the two share adorable picture of Mylah and fans are loving it. Fans also like how Mylah is with Jovi and Yara wherever they go, making her an incredible traveler at a very young age. Now, Jovi and Yara are back to share more updates about Mylah. Jovi also took social media recently to share Mylah’s first time in an Aquarium. Meanwhile, Yara also opened up about her plans on making Mylah a big sister.

90 Day Fiance: Yara Zaya Opens Up About Mylah Sleeping With Her

Yara Opens Up About Baby Number 2

Aside from sleeping with Mylah, 90 Day Fiance star Yara Zaya also opened up about her plans for making her daughter a big sister. According to Yara, she’s not ready for a second baby just yet as she still needs to save a lot. Yara also asked her fans to stop telling her to go for baby number 2 already. However, Yara and Jovi Dufren are planning on having a second child in the near future. Jovi himself also took social media to share that he also wants to have baby number 2, but it may take a while as he still wants to see Mylah grow up first before adding a new member to their family.

In a social media post, 90 Day Fiance star Jovi Dufren shared an adorable picture of him carrying Mylah in an Aquarium. According to Jovi, it’s Mylah’s first time in an Aquarium and she’s so excited going around and looking at different marine life. After that, Jovi revealed that he and Yara Zaya are also planning to bring Mylah on a Disney trip. He also asked the fans if Mylah is at the right age to be in Disney, and many think that she’s good to go. However, others suggested that Jovi and Yara should wait until Mylah is 5 before going on a Disney trip.

It’s clear to see that Jovi and Yara are doing everything they can to be the best parents to Mylah. Fans are also praising the two for their incredible efforts in making unforgettable memories with their daughter.

‘Counting On’: How Does Josh’s Conviction Affect The Duggars?
‘Sister Wives’: Fans Discuss How Will Kody Redeem Himself
‘Sister Wives’: Janelle Sparks Split Rumors With Kody For THIS Reason
’90 Day Fiance’: How Yara Zaya Makes Her Money
Upcoming Horror: 5 Scary Movies Releasing May 16-22