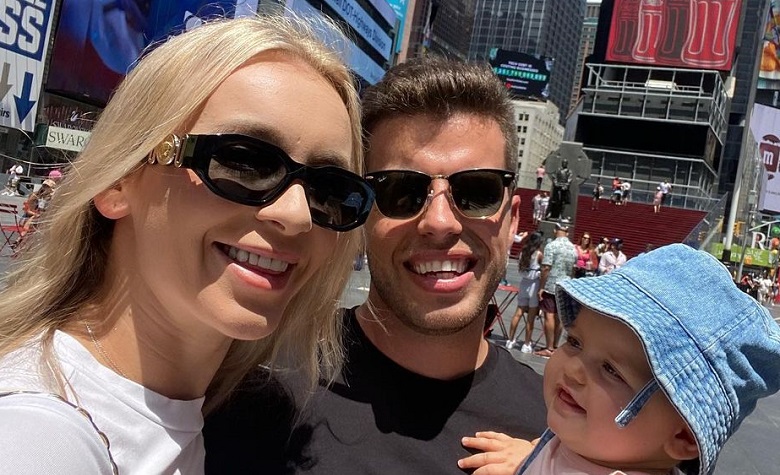 90 Day Fiance star Jovi Dufren and Yara Zaya have been keeping in touch with the fans lately. Most of the time, the two share wholesome pictures of their daughter, Mylah. Jovi has been receiving praises due to his newfound maturity as well. It’s clear to see that Jovi and Yara are now living a happy life as a family. Now, reports claimed that Jovi and Yara will add another member to their family after Yara’s recent post. Apparently, Yara’s posts seem to show that she has a baby bump, suggesting that they’re expecting baby number 2.

In a social media post, 90 Day Fiance star Jovi Dufren shared a clip of his wife, Yara Zaya, flaunting her physically fit body. However, eagle-eyed fans quickly noticed that Yara is trying to show something else. According to some, Yara is trying to hint that they’re expecting their second child as she seemingly flaunts her baby bump. Fans also took to Jovi & Yara’s social media pages to ask questions about the possibility of a baby number 2. However, the two remained silent and never commented on the pregnancy rumors.

Jovi and Yara Have Been Planning Ever Since

90 Day Fiance stars Jovi Dufren and Yara Zaya have previously opened up about their plans for baby number 2. According to Jovi, they’re still overwhelmed by Mylah, but that doesn’t mean that they’re no longer planning to grow their family. Yara herself also said that the idea of having another baby is always with them. Due to this, it’s safe to say that a baby number 2 is already expected at some point.

90 Day Fiance star Jovi Dufren never fails to leave the fans in awe with Mylah’s adorable pictures. Now, Jovi is back to share another wholesome moment with his daughter, showing how much of a father he has become since Mylah’s arrival. “Selfie with the boss,” Jovi captioned. Moments later, fans took Jovi’s comment section to talk about how Mylah is looking a lot like him. “She’s is adorable! Looks like Daddy!” one fan said. “She looks just like you!! Adorable,” another fan added.

Jovi recently took social media to share that they’re still planning to leave NOLA for good. However, now it seems that he and Yara have decided to stay after months of trying to find a new home. However, fans think that their stay in NOLA is also due to Yara’s pregnancy.