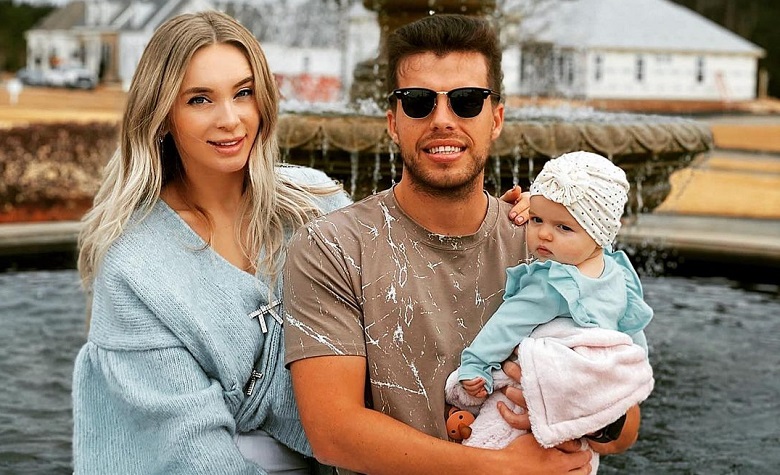 90 Day Fiance star Jovi Dufren has been busy on his life as a father to Mylah. Fans also praised Jovi for his newfound maturity online. Some also noticed that he no longer goes to parties and has been staying in more often with his wife, Yara Zaya. Now, Jovi took social media to share how much he’s loving his life of being a father. Jovi and Yara also revealed that they’re still looking for a place to settle down as they plan to leave New Orleans for good.

90 Day Fiance: Jovi Dufren Loving His Life Of Being A Father

In a social media post, 90 Day Fiance star Jovi Dufren shared a sweet picture of him with his daughter, Mylah. “Loving every moment of being a father,” Jovi captioned. It’s clear to see that Jovi has become a full-time father and he’s loving it so much. Fans also took Jovi’s comment section to commend him and his newfound maturity. “So impressed with you, Jovi!” one fan said. Some also suggested that Jovi and Yara Zaya should go back to TLC. “I hope you three return to TV with all your adventures! So boring over there on TLC,” one fan said. “We need you and Yara back on the show,” another fan added.

90 Day Fiance star Jovi Dufren recently took social media to announce that he and Yara Zaya are still looking for a place to settle down. “Going to continue to travel around to find the perfect place for ourselves over the next few months,” Jovi said. “Where do you guys think is the best place? What places should we test out??” he added. Fans also took to Jovi’s comment section to suggest different places for them to stay. At this point, Jovi and Yara have yet to reveal their choices. However, fans think that it will include Dallas, NYC, and Los Angeles.

In a social media post, 90 Day Fiance star Jovi Dufren revealed that he and Yara Zaya just bought a new camera for their future vlogs. “Testing out our new camera. We decided to get a nice camera and equip. needed to document our travels and just our normal life on YouTube,” Jovi said. After that, Jovi revealed that they’re going back to international travels again by the end of the year. “And should be able to bring you guys great content. I have some really cool places in mind, and share some that you’d like to see us cover as well,” he added.

With Jovi and Yara’s preparation for their vlogs, it’s safe to say that fans will be spoiled with so many wholesome contents in the future. Meanwhile, some are hoping that the two will return to the franchise. Will TLC give Jovi and Yara their own spinoff?