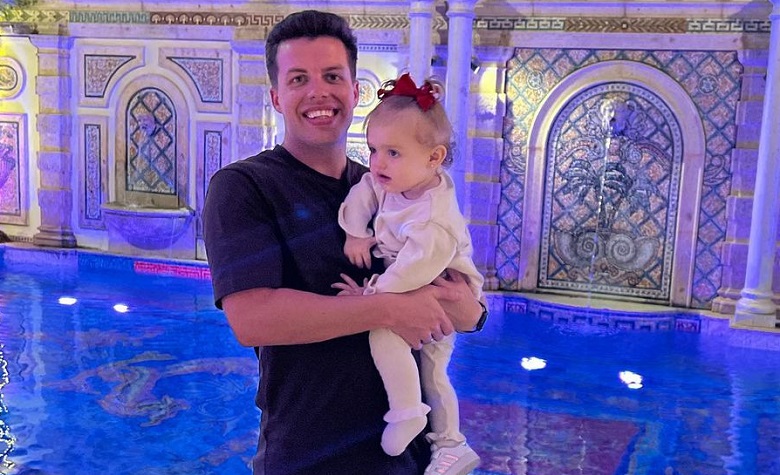 90 Day Fiance star Jovi Dufren loves to share adorable pictures of her family online. Despite the heartbreaking war in Yara Zaya’s home country, Ukraine, Jovi still tries his best to keep his family happy. Fans are also praising Jovi for his efforts in staying positive keeping Yara strong. Yara herself also said that she appreciates all the efforts of her husband, as well as her fans. Now, Jovi is back to share another update with the fans. This time, Jovi shares a cute picture of Myah posing like a boss.

In a social media post, 90 Day Fiance star Jovi Dufren shared a cute picture of his daughter, Mylah. “Boss in town,” Jovi captioned. Apparently, Jovi often calls Mylah “boss” whenever she does her adorable serious face. Fans are also impressed by Mylah as she’s already used to traveling a lot at a very young age. Fans have been praising Jovi as well for his newfound maturity and his love for his family. According to some, it’s clear to see that Jovi is prioritizing his family first instead of partying and drinking. Many also love how most of Jovi’s recent post is all about his daughter, showing how much he’s loving his life of being a father.

Jovi Leaves Fans In Awe With Latest Pic With Daughter

90 Day Fiance star Jovi Dufren also took to social media to share a stunning photo with Mylah. “My lil cutie, when she’s not giving me a hard time,” Jovi said. “Had this edited nicely, but liked the black & white better,” he added. According to some, it’s clear to see how much Jovi loves his daughter. Fans are also praising Jovi for his incredible parenting. Meanwhile, some took Jovi’s comment section to talk about how much they look alike. “She is your mini-me,” one fan said. “Your freaking twin. How can that be? Born years apart, too,” another fan added.

At this point, 90 Day Fiance stars Jovi Dufren and Yara Zaya have yet to share if they already moved. However, Jovi himself previously took to social media to share that they’re getting closer to finally finding the right place for their family. According to Jovi and Yara, they’ve been eyeing moving to NYC, Boston, Chicago, and Dallas. Meanwhile, fans are supporting the two wherever they go. It also appears that Jovi and Yara will stick around TLC as well due to their growing popularity.

It’s clear to see that Jovi and Yara are one of the most successful TLC couples today. Their popularity also resulted in Yara thriving with her clothing shop and makeup line.