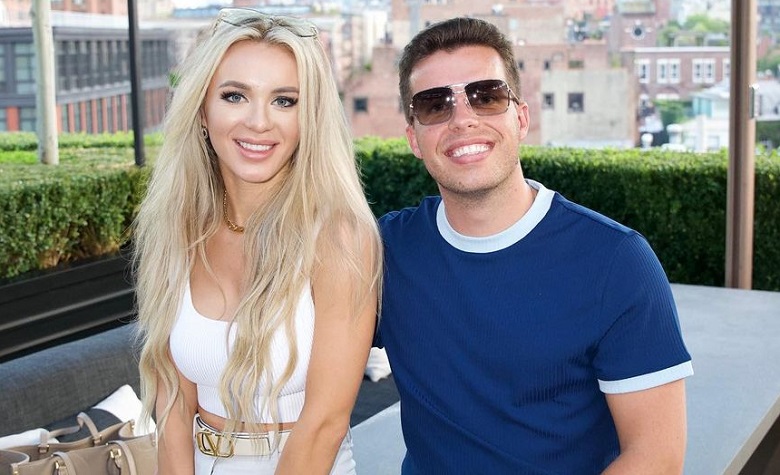 Fans are getting excited for the 90 Day Fiance: Happily Ever After? tell-all. TLC has already shared intense teasers from the spinoff. Angela Deem also caught the attention of many after going off on her co-stars right before tell-all even started. However, Angela is not the only one who frustrated the viewers. Apparently, Jovi Dufren’s actions, or rather, lack of action, also raised some eyebrows during the latest tell-all teaser.

90 Day Fiance: Why Fans Are Upset Toward Jovi Dufren In Latest Tell-All Teaser?

TLC recently released the latest teaser for the upcoming tell-all of 90 Day Fiance: Happily Ever After? The teaser starts off with Angela Deem greeting Big Ed. However, as she walks toward the screen of Usman Umar, Angela went off, and the two exchange foul words. The heated exchange continued for several seconds and the other TLC stars had to step in. One of them is Yara Zaya, who told Angela to respect everyone in the studio and participate properly. But Angela didn’t listen and took Yara as her next target. She got too close to Yara while shouting at her.

That is where Jovi Dufren caught the attention of many. Jovi was sitting right next to his wife who was being disrespected but he didn’t do anything. It’s unclear if Jovi did it on purpose for the sake of the views. But fans think he should’ve stood for his wife and stop Angela from shouting at her.

90 Day Fiance fans are also praising Yara Zaya for the bravery she showed during the tell-all teaser. According to some, Yara appears to be the only one who stood up against Angela Deem. Angela also ended up walking out of the set after her altercation with Yara. At this point, Yara has yet to open up about her heated exchange with Angela. But she made it clear that she doesn’t care what Angela is up to and she’s just trying to be professional.

Angela Deem has been one of the most controversial TLC stars today, and it seems that she’s still living up to her title during tell-all. Many are also upset that Angela still hasn’t changed despite all the criticism she’s been receiving. Fans also consider Angela and Michael Ilesanmi as one of the most problematic couples in the franchise. The two have been on a roller-coaster in their marriage, and it seems that things are only getting worse with Angela’s recent behavior.

It’s clear to see that 90 Day Fiance: Happily Ever After? tell-all is going to be intense. Will Angela continue to attend the future episodes after walking off? Let us know your thoughts in the comments.