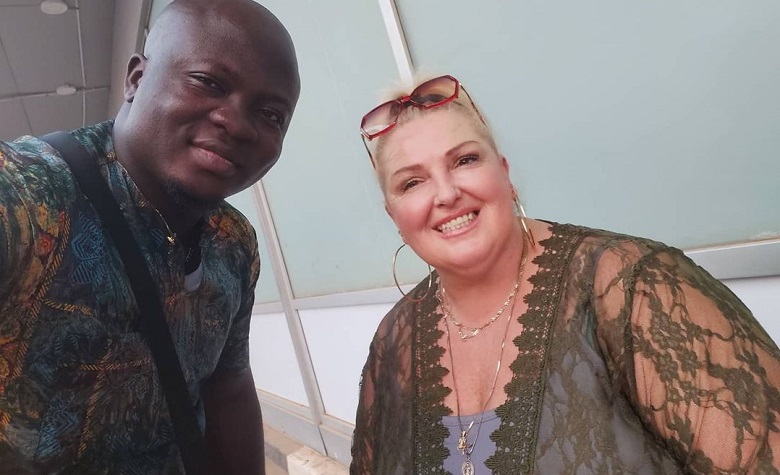 90 Day Fiance star Angela Deem has been making headlines after stealing the show during the Tell-All. Apparently, Angela caught the attention of many after flashing her breast at everyone. Aside from that, fans were also upset by Angela’s harsh treatment towards her husband, Michael Ilesanmi. Now, fans took to Angela’s recent social media post to call her out for mistreating Michael. Some even suggested that Michael should just leave Angela while he’s still in Nigeria.

In a social media post, 90 Day Fiance star Angela Deem shared a picture of her with her hair and makeup stylist. “Love this girl she definitely the best hair and makeup Muah,” Angela captioned. However, instead of receiving praises, Angela’s comment section was showered with criticisms calling her out for her poor treatment towards Michael Ilesanmi. “Stop abusing Michael,” one fan said. “Please also find someone who can glam your vocabulary and manners,” another fan added. Some even said that they lost all their respect for Angela after her controversial scenes in Tell-All.

Aside from the criticisms, 90 Day Fiance fans are also asking Michael Ilesanmi to go find another woman. According to some, Michael deserves better than Angela due to his extreme kindness and patience despite Angela’s harsh treatment towards him. “He seems to be a nice man and deserves a young woman that doesn’t embarrass him in front of the world,” one fan said. Some even suggested that Michael should never go back to the U.S. to be with Angela. “You did Michael a big favor no green card is worth being with you,” one fan said. “I pray Michael doesn’t come to the US with Angela she will ruin his life,” another fan added.

In a social media post, 90 Day Fiance star Angela Deem shows off her glowing look. Apparently, fans have been noticing dramatic changes in Angela’s looks. Fans are also impressed by her weight loss. However, not everyone is a fan of Angela’s lifestyle. Apparently, reports claimed that Angela is still smoking despite saying that she stopped. Angela also received criticisms after saying that her weight loss is due to the diet drink that she’s been promoting even though she had surgeries to help her lose weight.