90 Day Fiance couple Angela Deem and Michael Ilesanmi have finally walked down the aisle. After years of waiting, the couple has officially exchanged “I do’s” in Nigeria. Despite their rollercoaster romance, they managed to work things out. Here’s a look at their intimate and beautiful wedding.

On Sunday’s episode of 90 Day Fiance: Happily Ever After, Angela Deem was emotional as she prepares for her wedding with Michael Ilesanmi. The reality star was having a mix of emotions as the big day draws near. What made her extra sentimental, was the fact that her family wouldn’t be able to attend the ceremony in Nigeria. 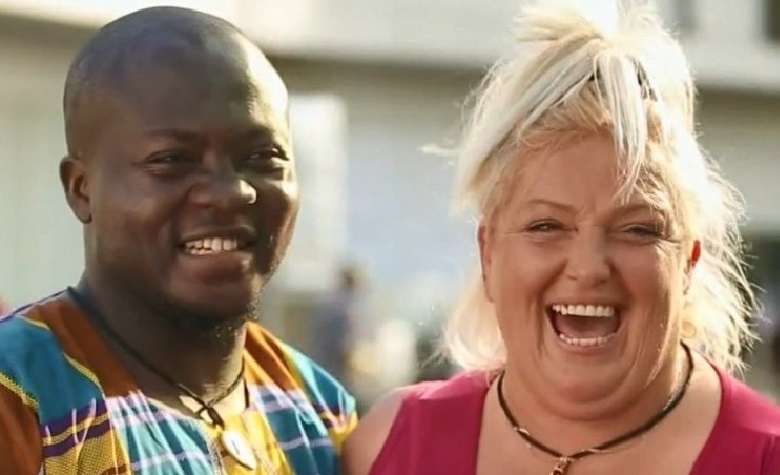 Angela was very devastated that her mother, Glenda Standridge, wouldn’t be there to celebrate her new marriage. At that time, Angela’s mom was very ill and has no other choice but to stay home. Her children weren’t able to join them as well. Despite her family’s absence, Angela made sure that they’ll still be part of the special moment.

Angela paid a touching tribute to her family, especially her mom, on her wedding day. Her colorful bouquet of flowers was inspired by the birthstones of her mother and kids. This is a special way to symbolize them and be part of the big day. Sadly, the 90 Day Fiance star’s mother passed away shortly after the wedding.

In a leaked video Angela Deem and Michael Ilesanmi officially get married. The 90 Day Fiance couple did a garden wedding in Nigeria. The majority of the visitors are mostly friends and family of Michael. Angela Deem is also carrying the bouquet of flowers that she chose in their recent episode.

90 Day Fiance fans are happy that another couple has defied all odds and are now happily married. Angela and Michael’s story may not be the sweetest one in the show.

They had tons of ups and downs and even Angela had second thoughts on marrying Michael. However, Michael’s unmatched patience earned him the marriage he’s been wanting to have.

90 Day Fiance: A Look Back at Their Romance

90 Day Fiance couple Angela Deem and Michael Ilesanmi had a rough time during the early stages of their relationship. The couple first met on social media and had an online relationship for quite some time.

Angela flew to Nigeria in order to meet Michael. After the couple became engaged, things became even more complicated. Michael’s mother caused conflict within their relationship. Most of this was due to Angela’s inability to have kids.

Michael had to take some time to think if he’s still willing to marry Angela or follow his cultural expectations. He chose to marry Angela despite the fact that they won’t be able to have a kid of their own. The relationship with Angela truly tested Michael. But he proves that his loyalty will remain to her no matter what.