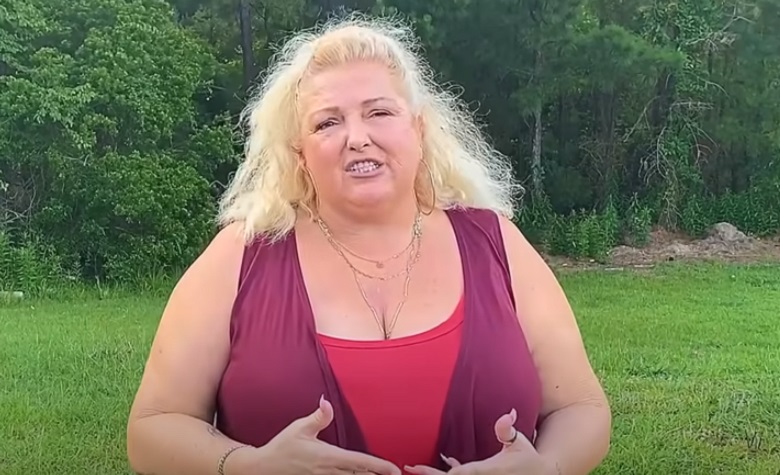 90 Day Fiance star Angela Deem just spent a fun bonding moment with Dance Moms’ star JoJo Siwa. Apparently, the wife of Michael Ilesanmi and her grandchildren are huge fans of the young dance diva. Here’s a look at their fun day out.

Angela Deem proves she’s not your regular grandma. The 90 Day Fiance star showed off her cool side as she treated her grandkids with a special surprise. In a recent video post, the proud grandma recorded the reaction of her little kids as they checked out her present.

Apparently, Angela surprised the kids with a bunch of JoJo Siwa goodies. The reality star’s adorable grandchildren tried out different clothing, accessories, and other merch. The kids also gave a shout out to JoJo, showing their appreciation for the Dance Moms star. 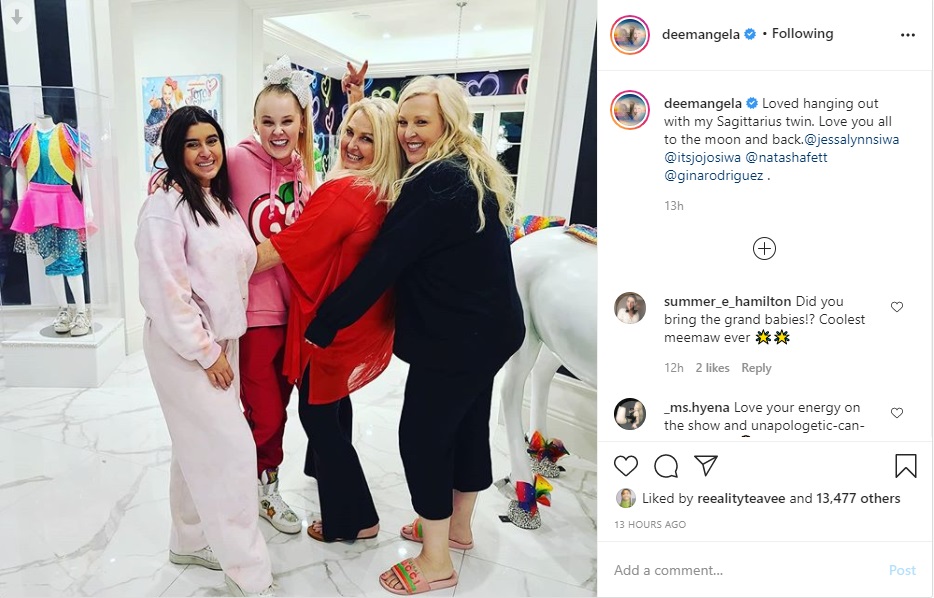 The 90 Day Fiance diva also recorded the little kids dancing to JoJo’s music. It definitely looks like a fun bonding moment for the family. Despite the recent passing of her mother, Angela Deem seems to ease the pain by spending a lot of time with her grandchildren.

Angela Deem brought out her youthful side as she spent time with famous Dance Moms former cast. Some fans had to look twice to find Angela in the photo she posted as the 90 Day Fiance celeb looked so youthful.

In an Instagram post, the 90 Day Fiance star posed next to JoJo Siwa alongside her manager Gina Rodriguez. Another post showed her listening to JoJo while she plays the piano below.

It looks like Angela has been living her best life lately. This led to some wondering about the latest updates on her controversial love life with Michael. The couple has had their fair share of ups and downs. Will they still be able to have their happily ever after?

During the couple’s recent episode in ‘90 Day Fiancé: Happily Ever After?’, Angela confirmed that she won’t be able to have another child with Michael. According to her doctor, they found signs of a possible uterine fibroid, which could lead to cancer.

Even with the disappointing news, the couple still tried to commit to their relationship. Until recently, Angela went raging against Michael during their bachelor and bachelorette party.

It started with Michael taking a glance at one of the dancers during the party. It seems it was the way he glanced at the dancer that threw the 90 Day Fiance grandmother into a frenzy.

However, many are saying that it shouldn’t be a reason for Angela to start arguing with Michael. She should have expected that Michael will definitely look at the dancers since the party was made for them all along.

Yep, it’s like going to a movie and being told not to watch it. Angela’s rage didn’t make sense to some of the 90 Day Fiance viewers.