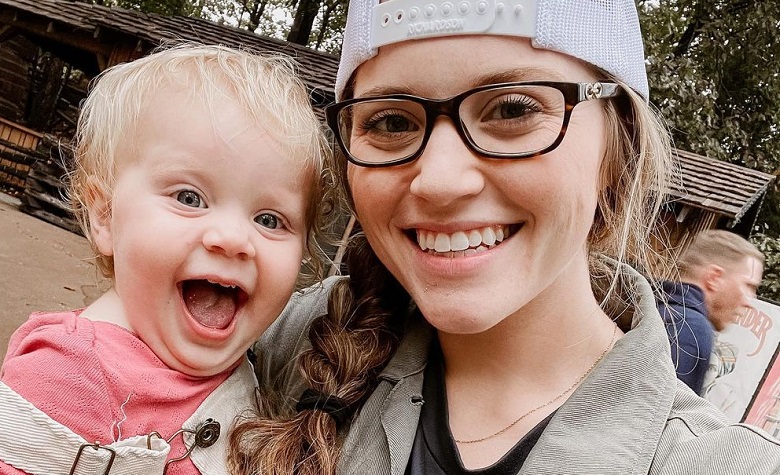 Counting On star Joy-Anna Duggar loves to share updates about her family. She’s also been more active on social media since announcing her pregnancy with her third child. Families and friends are also excited for Joy-Anna’s growing family. It also appears that Joy-Anna is trying her best to avoid any stress amid all the recent controversies of the Duggar family since Josh Duggar’s conviction. Now, Joy-Anna is back to share another update for the fans. This time, Joy-Anna shares a day in her life amid her pregnancy.

Counting On: Joy-Anna Duggar Shares A Day In Life Amid Pregnancy

In a social media post, Counting On star Joy-Anna Duggar shared clips from what her days looked like with her family amid her pregnancy. According to Joy-Anna, she spends time with her kids from morning up until night. Joy-Anna even shared clips of their outdoor playtime. Unfortunately, Evelyn had to rest a little early as she doesn’t feel well. On the other hand, Gideon is still playing with excavators. Gideon has been in love with construction vehicles, and fans think it’s due to Austin Forsyth’s career in construction and house flipping.

Counting On star Joy-Anna Duggar also took social media to share a clip of the kids’ bonding time with Austin Forsyth once he gets back home from work. Evelyn and Gideon immediately cuddled with Austin and watch videos on their tablet. Moments later, Joy-Anna shared clips of Austin playing with the kids. He also loves to do horse rides with Evelyn, showing how close he is with his kids despite his busy schedule. Joy-Anna also revealed that Evelyn and Gideon love to play wrestling and tire themselves out before going to bed.

At this point, Counting On star Austin Forsyth has yet to share his current projects. However, Joy-Anna Duggar previously revealed that Austin has been busy building and renovating houses. Due to this, fans are already assuming that Austin has been doing great with his career lately. Many are also glad that Austin is still doing great despite his past controversies with his construction career. Apparently, Austin got sued for fraud and negligence by one of the owners of the home he renovated. Fortunately for Austin, they were able to settle things immediately and he avoided paying a large sum of money.

It’s clear to see that Austin is now doing his best to ensure the quality of his work. Fans are also praising Joy-Anna for always being on Austin’s side and supporting him during his work days. What do you think of them as a couple? Let us know in the comments.