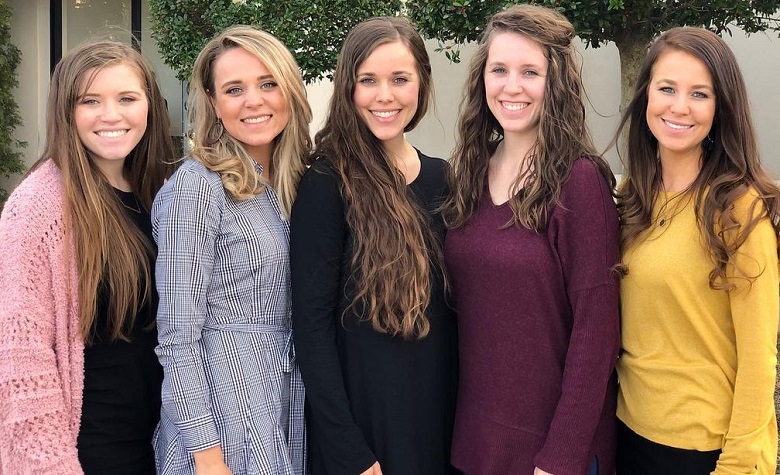 Counting On star Jill Duggar has been estranged from her family for years. She hasn’t talked to her parents for such a long time, and fans think it’s one of the main reasons why Jim Bob Duggar and Michelle Duggar don’t acknowledge her newborn son, Frederick, on social media. However, despite Jill’s estrangement, she’s still connected to some of her siblings. Fans also think that many Duggar adults are starting to realize their parents’ wrongdoings throughout the years and start to live their lives on their own. Now, Jill took to social media to share her recent vintage market day with some of her sisters.

In a social media post, Counting On star Jill Duggar shared clips and pictures from her recent bonding time with her sisters, Joy-Anna Duggar and Jessa Duggar. Apparently, the three went to a vintage market day. It’s unclear if they have their kids and husbands with them. But fans are glad that Jill was able to spend time with her sisters. Some are also excited for Jill’s sister, Joy-Anna, after announcing that she’s expecting her third child. Meanwhile, Jessa has been busy with their recent move to their fixer-upper.

The Adult Duggars Slowly Stepping Away From The Family Traditions?

Counting On fans have been noticing the changes in some of the adult Duggars as well. According to some, it seems that some adult women are no longer following their strict dress codes. One of them is Jinger Duggar, who’s been wearing pants and shorts more often instead of dresses that don’t hint above the knee. Meanwhile, some fans have been pointing out that the Duggars are starting to shy away from their homeschooling tradition. Jill Duggar herself even enrolled Israel in a real school, and it seems that she inspired a lot of her siblings.

Counting On: Is There A Rift In The Duggar Family?

Counting On fans also think there’s been a rift in the Duggar family, which may be the reason why Jim Bob Duggar and Michelle Duggar no longer hold big gatherings. According to some, it seems that not everyone agrees with Jim Bob’s decision to defend Josh Duggar during his trials. Jim Bob even faced tons of controversies after running for office in Arkansas amid his son’s trials. Meanwhile, fans are not losing hope that some of the Duggars will still be given a chance to return to the small screens.

TLC has yet to share their comments regarding their plans to bring back the Duggar family to the small screens. But some think it’s going to be a lot harder for them to return due to Josh’s conviction. What are your thoughts? Let us know in the comments below.