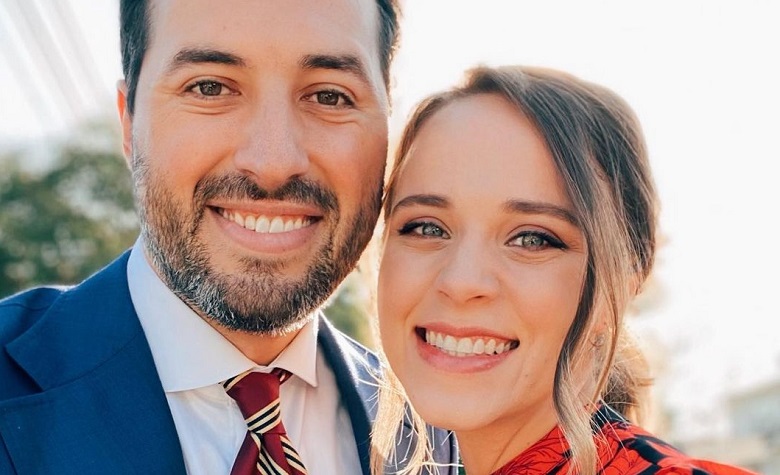 Counting On stars Jinger Duggar and Jeremy Vuolo have been making headlines after announcing their move. Apparently, the two moved into a new house after leaving their rental home in California. However, they made it clear that they are still located in California, showing how much they fell in love with their newfound lifestyle. Fans have seen the big changes in Jinger and Jeremy’s life since moving to Los Angeles. The two even took to social media recently to share a stunning photo of them in a formal outfit, which is rarely seen from any of the Duggars today.

In a social media post, Counting On star Jinger Duggar shared a clip with Jeremy Vuolo during their recent outdoor activity. However, fans quickly noticed Jinger and Jeremy’s stunning formal outfits. “When our friend said, you two should get a picture together,” Jinger captioned. It’s clear to see that Jinger is now wearing pants more often than the Duggar family’s traditional dresses that don’t hit above the knee. But despite neglecting the family’s dress codes, it appears that Jinger is still loved by her family. Some even took Jinger’s comment section to praise her stunning pictures with Jeremy. “Y’all are the cutest!” Jessa Duggar said. The clip was also liked by some of Jinger’s siblings.

Counting On star Jeremy Vuolo also took to social media to share an adorable picture of his daughters playing football. “These girls are champions,” Jeremy captioned. Evangeline and Felicity are back-facing again. However, fans are glad that Jeremy and his wife, Jinger Duggar, are slowly becoming transparent when it comes to their kids. Some were even surprised by how big the kids have become.

At this point, Counting On star Jinger Duggar has yet to share more updates about their new home in California. However, Jinger has already revealed in her previous vlog that they have already left their rental home. It seems that Jinger and Jeremy are still busy arranging things in their new house. Due to this, fans can expect that it will take more time before Jinger shares another house tour.

It’s clear to see that Jinger and Jeremy have become successful since moving to Los Angeles. They were able to release serval books as well including. It also appears that Jinger is focusing more on vlogging and making recipe videos on YouTube. What do you think of the couple? Let us know in the comments.