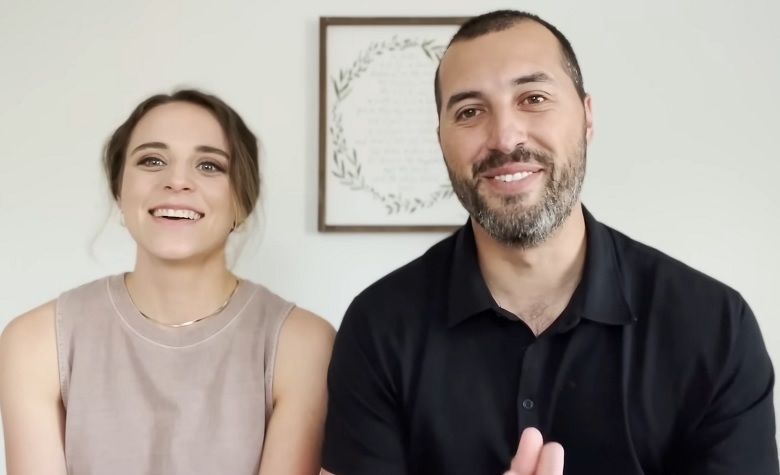 Counting On star Jinger Duggar has been keeping in touch with the fans lately. Most of the time, Jinger shares her outdoor adventures with Jeremy Vuolo around Los Angeles. Fans also think that Jinger is loving her new life in L.A. Some also noticed that her lifestyle changed a lot, especially when it comes to the way she dresses. Fans are also glad that Jinger can now do things she wasn’t able to do back then, but still has the love and support of her family. Now, Jinger is back to share another update for the fans. This time, Jinger surprises the fans after announcing that she and her family are moving.

Counting On star Jinger Duggar took YouTube to announce that they’re going to move. However, Jinger made it clear that they’ll still be in California. According to Jinger, they love California so much that they finally decided to let go of their rental home and buy a house of their own. Jinger also shared clips from their rental home where things are already packed up. Jinger also shared a quick tour of their new house, and fans think it looks massive and gorgeous. At this point, Jinger has yet to share the final results of their move. But it seems that they’re already living in the new house after Jinger shared a clip from their last day at their rental home.

Counting On fans are also happy about Jinger Duggar and Jeremy Vuolo’s huge success in Los Angeles. Apparently, the two have been working so hard to make extra income. Aside from writing books, Jinger has been trying her best to promote different products as well. The two also started vlogging on YouTube, which was followed by Jinger’s cooking show, and fans think it quickly became a huge success. It also appears that their hard work played a big role in their new house in California.

At this point, Counting On star Jinger Duggar has yet to share updates about her kids. She’s been sharing back-facing pictures of her daughter online, but there hasn’t been much information about them. Meanwhile, fans believe that Jinger will send her kids to real schools in the future. Apparently, Jinger has expressed her support to her sister, Jill Duggar, for sending her kids to a real school. Fans have also seen how Jinger disregards the Duggar family’s old traditions. Due to this, fans are already assuming that she’s going to give her kids a different life far from what she experienced with her parents, Jim Bob and Michelle Duggar, back in the day.

It’s clear to see that Jinger’s life changed a lot in Los Angeles. On the other hand, fans are hoping that Jinger will inspire some of her siblings to continue living their best lives despite all the challenges that the family has been facing since Josh Duggar’s conviction. What do you think of her Cali lifestyle? Let us know in the comments below.