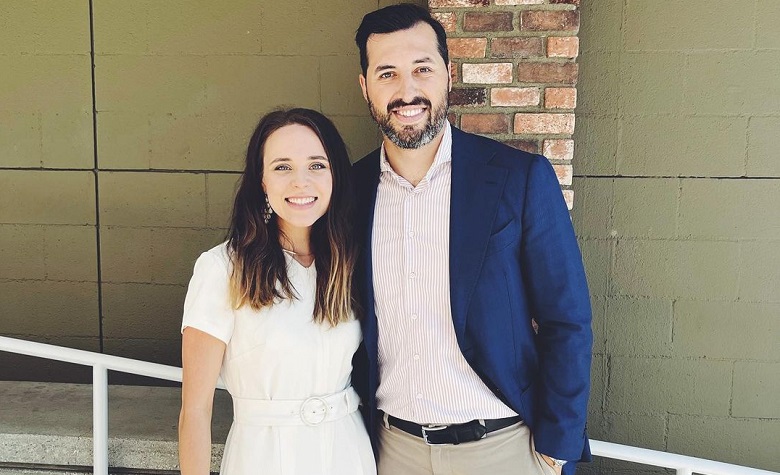 Counting On stars Jinger Duggar and Jeremy Vuolo have been keeping in touch with the fans lately. The two even launched their own online newsletter to give more updates about their family. Jinger and Jeremy also revealed that they will be focusing on vlogging, and the two didn’t disappoint in their first episode. Fans also noticed that Jinger and Jeremy are teasing their kids even more on social media lately, which could be a hint that they’re finally becoming transparent for them.

Counting On star Jeremy Vuolo recently took to social media to share a rare glimpse of his daughter, Felicity, playing around their house. Fans were surprised by Jeremy’s decision to share a clip of his daughter. Despite facing backward, fans still think that it’s a good start for Jeremy to become more open about his kids. This wasn’t the first time Jeremy shared a glimpse of his daughters. At one point, Jeremy shared a picture of him being chased by Felicity and Evangeline.

Meanwhile, fans think that it’s only a matter of time before Jinger Duggar shares update about her kids. According to some, Jinger and Jeremy are becoming more open to the fans lately, and the kids might even get featured in their future vlogs.

Counting On star Jinger Duggar also took to YouTube to share her second vlog with Jeremy Vuolo. However, this time, it’s brand new content that is rarely seen in the Duggar family.

Apparently, Jinger shared a vlog about her love for a popular shoe brand. She even went to a shoe surgery shop to customize her own shoes. According to some, it’s something that the Duggar family didn’t usually do back in the day. Fans also think that Jinger’s lifestyle changed a lot since moving to Los Angeles.

Counting On: Fans Think Jinger Duggar Is No Longer Living Like A Duggar

Counting On fans also think that Jinger Duggar is no longer living her life like a Duggar lately. Most of the time, Jinger roams around Los Angeles with Jeremy Vuolo and watches a lot of sports games. She’s been wearing pants and shorts more often as well, which is against the Duggar family’s dress codes.

However, despite the changes in her lifestyle, it seems that Jinger is still loved by her family. Michelle Duggar and her kids even paid her a visit this year in L.A. On the other hand, Jim Bob Duggar remains silent regarding the big changes in his daughter.

It’s clear to see that Jinger is living her best life since moving to Los Angeles. Meanwhile, fans believe that Jinger is starting to inspire some of her siblings to continue enjoying their lives despite all the negativities surrounding them.