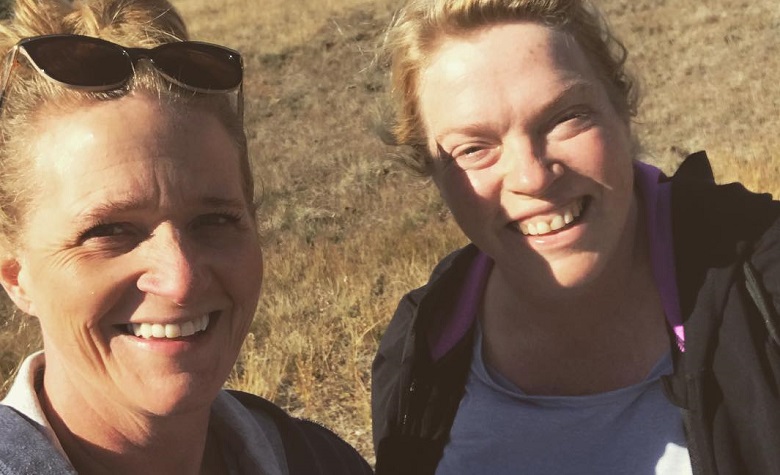 Sister Wives star Christine Brown has been living her best life since leaving Kody Brown last year. Most of the time, Christine shares adorable updates with her kids in Utah. Fans have been noticing her glowing looks as well, and some believe that it’s the result of her healthy lifestyle. She even paired up with Janelle to promote the same diet program. Since then, the two have become much stronger in their relationship. Now, Christine is back to share another update for the fans. This time, Christine is sharing wholesome pictures from her vacation in Hawaii with Janelle and some of their kids.

In a social media post, Sister Wives star Christine Brown shared pictures from their recent fun time in Hawaii. Apparently, Christine and Janelle Brown tried some authentic coconut juice. “Sippin’ coconut water straight from the source! DELICIOUS! We left a beach totally exhausted and had a lovely and refreshing drink at a local stand,” Christine captioned. It’s clear to see that Christine and Janelle are having a blast on their vacation. Fans are also glad that Christine is still in touch with Janelle despite leaving the plural family. “I am so happy to see you and Janelle still have a strong bond to this day,” one fan said. “Love your relationship!!” another fan added.

Sister Wives star Christine Brown also took social media to share that she’s setting another goal for herself and her team. “Team Christine coming in hot! 8-day challenge happening Oct 1-8th and let’s be honest, I WILL WIN!” Christine captioned. Christine didn’t exactly say what she and her team are up to. But fans believe that it has something to do with her healthy lifestyle. Meanwhile, fans continue to praise Christine for her glowing looks. Some also noticed that Christine has been joyful and positive since leaving Kody Brown.

Christine also made headlines after the return of her cooking show spinoff, Cooking With Just Christine. It was released along with the Season 17 of Sister Wives. However, fans are hoping that Christine’s show will become an official TV show. Apparently, fans can only watch Christine’s cooking show on TLC’s official website. Due to this, fans have been calling out TLC to give Christine a proper show. Some even took Christine’s recent post about her show to ask the network company. “She should have her own show on TV! This was great!” one fan said. “Love Christine! Give her a network show!” another fan added.

TLC has yet to share its comments regarding the requests of the fans. Meanwhile, it’s clear to see that Christine is having a blast doing cooking shows with her loved ones.