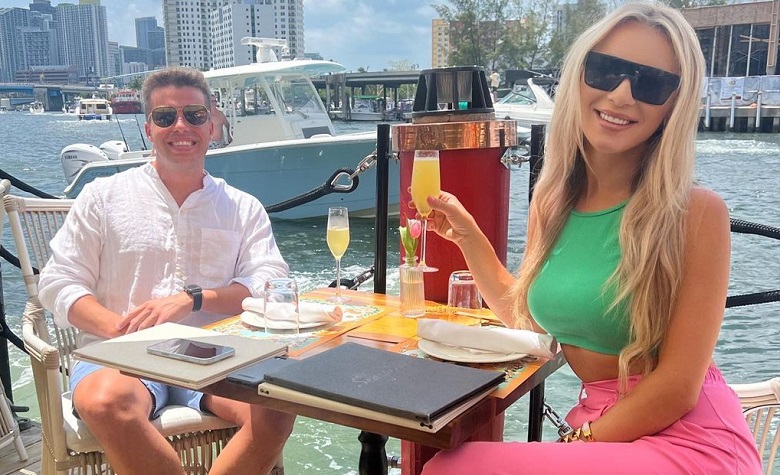 90 Day Fiance stars Jovi Dufren and Yara Zaya have been keeping in touch with the fans lately. Most of the time, the two share adorable pictures with their daughter, Mylah. It also appears that they have been traveling a lot. Apparently, Jovi and Yara are still looking for a place to call home. But it seems that they’re still struggling on making a final decision. Now, it seems that they’re making it more complicated after traveling to Los Angeles.

In a social media post, Yara Zaya shared a hilarious picture with Mylah in Los Angeles. “MYLAH on background,” Yara captioned followed by laughing emoticons. After that, Yara asked the fans for suggestions on where they should go next in Los Angeles. According to some, it appears that Yara wants to explore L.A. more. Some fans are also worried that Yara and Jovi Dufren may end up living in L.A. Others also pointed out that L.A. is a good choice for Jovi and Yara’s expensive lifestyle. However, some have been warning the two to ease on spending too much and focus on settling down first.

Jovi also took social media to share that he went on a solo trip to South Africa with some of his friends. He also made it clear that it’s not for work, but only for fun with his friends. It’s unclear why Yara and Mylah weren’t with Jovi. But fans think that the two are already enjoying their vacation in Los Angeles. Fans are also praising Yara for allowing Jovi to travel with his friends. It’s unclear when will Jovi get back with his family. However, fans think that it’s going to be a long trip for Jovi considering how far he had to fly to get to South Africa.

90 Day Fiance: Where Will They Move?

At this point, Jovi and Yara have yet to share if they already found a place to call home. Jovi also revealed that they’re currently choosing between Texas and Florida. However, it seems that Los Angeles has been added to the conversation. Meanwhile, fans are hoping that the two will finally come up with a final decision and avoid spending a lot on staying in luxurious hotels.

It’s clear to see how successful Jovi and Yara have become in recent years. Their growing popularity also earned them a spot in the seventh season of 90 Day Fiancé: Happily Ever After?