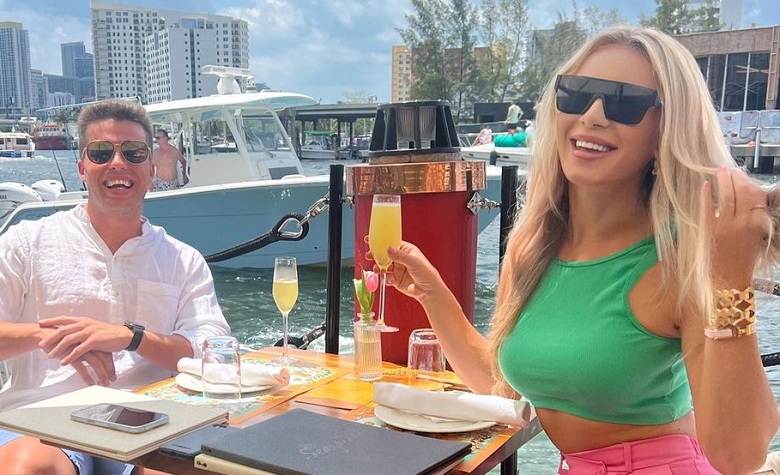 90 Day Fiance star Jovi Dufren loves to share wholesome updates about his family. Most of the time, Jovi shares clips and pictures of his bonding moments with Mylah and Yara Zaya. Fans are also praising Jovi for his efforts in keeping Yara happy amid all the stress she’s been going through lately. Apparently, Yara is brokenhearted due to the ongoing war in her home country, Ukraine. Now, Jovi is back to share another update for the fans. This time, Jovi talks about how he and Yara stay strong in their marriage.

90 Day Fiance star Jovi Dufren took to social media to answer several questions from the fans. One of the questions was about how he and Yara Zaya keep their relationship fun and exciting. “We love to travel and we both never plan much ahead. Just go with the glow,”  Jovi said.

It’s clear to see that traveling plays a big role in Jovi and Yara’s strong marriage. Fans also think that their daughter, Mylah, has been enjoying their outdoor activities as well. Jovi himself even said that he and Mylah will travel the world together once she gets older.

90 Day Fiance star Jovi Dufren also answered a question regarding their plans to move. According to Jovi, he and Yara Zaya currently have 3 choices to call their next home. “Narrowed down to Dallas, Houston, Miami,” Jovi said. It seems that NYC has been removed from Jovi and Yara’s choices. Meanwhile, fans are hoping that the two will finally settle in a new city and avoid spending so much on luxurious hotels.

Aside from answering questions, 90 Day Fiance star Jovi Dufren also took to social media to share an adorable picture with Mylah. “She was good until the camera comes out,” Jovi said. It’s clear to see that Jovi has been focusing on his family. Fans are also praising his newfound maturity, especially when it comes to his daughter. According to some, Jovi is now acting more like a father lately compared to his previous personality where he drinks and parties a lot.

It’s clear to see that Jovi and Yara are gaining so much support from the fans. Many are also hoping that the two will return to the small screens where they share their travels with Mylah.