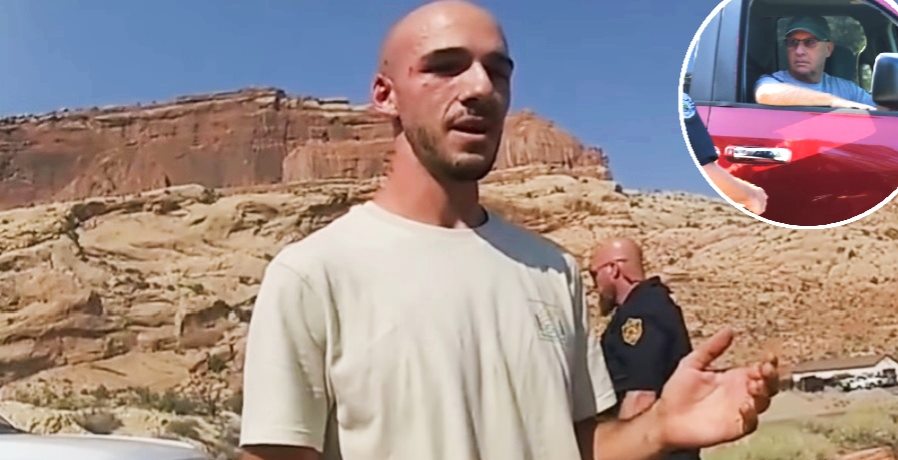 The manhunt continues for Brian Laundrie. He’s now been missing nearly a month. Laundrie is wanted for questioning in regards to Gabby Petito’s murder. It was announced this week that Petito died by strangulation. However, it was not shared if she died as a result of the use of hands or another device. As the search goes on, Brian Laundrie’s family is also dealing with the repercussions of their son’s possible involvement with Petito’s death. It’s been noted that the family has been receiving death threats.

Insider shared that Cassie Laundrie and her husband have been receiving death threats since her brother Brian Laundrie was reported missing. Cassie Laundrie and her husband, James Luycx, have had cops come to their residence at least three times over the course of two weeks. The calls to their home were in regards to death threats they have been receiving towards their family.

The records came from Florida’s Manatee County Sheriff’s Office. Some of the verbiage said police responded to Cassie Laundrie’s and James Luycx’s home about 40 miles from North Port because of threats of “killing his family and kidnapping his kids”

There have also reportedly been other random messages received from supporters of Gabby Petito.

Cassie claims when she saw her brother at a campground around September 6-8 that she had no idea Petito was missing. She said, “I’m in the boat where I’m getting ignored by my family and thrown under the bus by my family’s lawyer.”

In recent days, Cassie has made pleas for Brian Laundrie to turn himself in.

Laundrie’s parents have also had numerous protestors outside their home as the search for Brian continues. There were even some who left laundry baskets to symbolize dirty laundry. The baskets have since been removed by the family.

The full video is here. When I say full – this is everything that was sent to me. It was sent in four parts. https://t.co/t8VoIfp970

It was originally believed Dog the Bounty Hunter was returning to Colorado following an ankle injury while searching for Laundrie. He since decided to stay in Florida to continue his search. Today, Dog made an attempt to speak with Cassie Laundrie. Since her parents refused to speak with him he believed she may be more willing.

He approached her home where they were known to be home. Nobody answered his knocks. Dog believes Cassie may know more than she’s been saying. He wants an opportunity to speak to her.