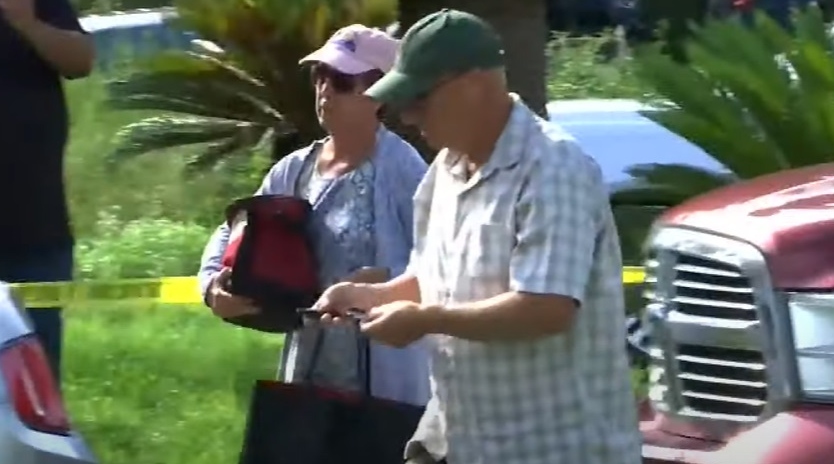 As time goes on and Brian Laundrie is not found, many are questioning his family’s story even more. Police are even acknowledging that the story the Laundrie’s keep sharing just doesn’t add up. There are also many theories about where Brian Laundrie could be. Is he even alive? Keep reading for all the latest on the hunt for Laundrie.

Insider shared information about what is being said regarding information Chris and Roberta Laundrie have shared with police. North Port Police spokesperson Josh Taylor said there was a lot of “oddness” in the story given by the Laundrie’s. Taylor said, “What the family has told us is that he drove out to the park and walked out into the woods.”

Taylor continued on saying, “I don’t necessarily know what to believe anymore. I think it’s certainly possible that they’re expressing what they know, but we’ll see. This is an ongoing investigation that will continue to evolve.”

He also went on to say, “We’ve said from the beginning there’s a lot of oddness here, a lot of things that just didn’t make sense.” Taylor continued, “I mean your son walks out there, now they’re saying on a Monday, you know, to report that on a Friday, and then be confused on what day that was. I mean there are a lot of things that are odd there.”

The Laundrie’s actually admitted that Brian managed to leave a day earlier than they originally said. The Laundrie family waited for four not three days to report Brian missing. It has also been confirmed that Brian Laundrie was under police surveillance when he disappeared. Authorities are still trying to figure out how this happened.

Banner plane back up over the Laundrie house.
It says “End the Silence. Justice for Gabby.”
Paid for by a group of people on TikTok. pic.twitter.com/bs8sXYLh5O

Chris Laundrie helped with the search

Last week, Chris Laundrie accompanied law enforcement to the Carlton Nature Reserve to help search for his missing son. It was said he was showing FBI where Brian often hiked. Nothing was reportedly found. However, the police said the information was very useful.

So far Brian Laundrie is the only person of interest in the death of his fiance Gabby Petito. Prior to her body being discovered in Wyoming Laundrie refused to talk to police about her being missing.

The two had been traveling together in a van across the country. Petito was an aspiring travel blogger. The two had domestic disturbances while traveling that was caught on bodycams from Utah police.

Anyone with information on Brian Laundrie is asked to contact the FBI.