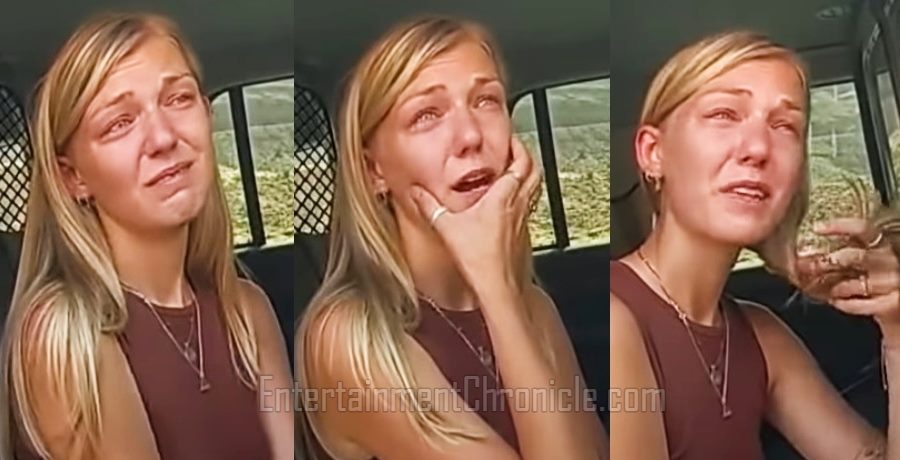 New bodycam footage released from a Utah police department is revealing more into the fight between Gabby Petito and Brian Laundrie. Witnesses saw the two arguing which prompted the call to police. The call ultimately resulted in Petito and Laundrie being pulled over and questioned by law enforcement. Upon evaluation and interviews with both parties, the police let them go. However, they recommended the two stay apart for the night. The incident is being investigated regarding how the officers involved handled the case. As the search continues for Brian Laundrie, the new footage details a much more violent encounter than originally reported.

The new bodycam video is from the second officer who was present during the traffic stop in Utah. Newsweek shared details about the incident. The officer in the video said,  “And he hit you though? We just want to know the truth.” Gabby Petito can be heard saying, “I guess, I guess, yeah.” Then she added, “but I hit him first.”

Gabby also said Brian Laundrie grabbed her face. However, she denies he struck her. The officer asked Petito if Laundrie had slapped her face. Remember, other witnesses, claim to have seen Laundrie slap Petito. Gabby went on to say as she touched her cheek, “Well he like, grabbed me with his nail, and I guess that is why it looks, I definitely have a cut right here. I can feel it, when I touch it, it burns.”

The reports also indicate the two officers were not the only ones present during this traffic stop. Two park rangers were also there. However, their bodycam footage has not been released to the public.

Other parts of the video

Other parts of the encounter were also released. One part shows Gabby Petito saying, “He got really frustrated with me, and he locked me out of the car and told me to go take a breather, but I didn’t want to take a breather. And I wanted to get going. We’re out of water.”

Laundrie told officers he simply pushed her away. He said, “I don’t want to try to defend myself by saying anything here, but I pushed her away. She gets really worked up, and when she does she swings and she had her cell phone in her hand. So I was just trying to push her away.”

Gabby Petito was laid to rest this past weekend in New York. The search continues for Brian Laundrie.