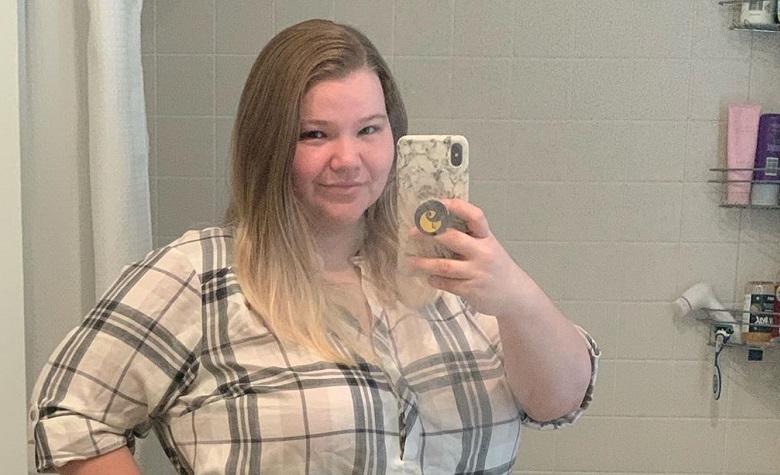 90 Day Fiance celeb Nicole Nafziger is not only controversial but she’s confusing as well when it comes to the direction she’s going in. Her one saving grace with the fans is her adorable daughter May.

Before this 90 Day Fiance gig popped up for Nicole she had a life as a single mom. Before she traveled to a foreign country for love, she found love here, in America. Nicole got pregnant at a young age with her daughter May.

#FlashbackFriday to being 20 and pregnant with my May May😍🥰 I loved being pregnant! I didn’t have a lot symptoms happen during my pregnancy except for heart burn and I’ll post another throwback later to show you why. But I loved it. I felt so connected with her and loved her so much and she wasn’t even born yet. I love being a mom🥰👩‍👧💖💝 Family means everything to me💞 • • • • • • • #motherhood #mother #family #love #unconditionallove #lovefromthewomb #pregnancy #pregnant #familyforever

But take a good look at Nicole, at a time long before her TLC reality series fame. This mom of one, who is very young in the photos, probably had no idea that she’d do some traveling in her future.

Even at an early age, she seemed to dress, well somewhat provocative in one of the photos below. It seems to suggest she looked for attention even as a young teen.

Fame Hits and It Hits Hard

Since Nicole took those photos years back, she’s been on quite the 90 Day Fiance journey. She also has collected a fan base, along with her fair share of trolls.

Her latest trip to Morrocco to see the man she claims to love was originally a two-week vacation. But it ended up as an extended trip due to the cancellation of flights as the pandemic hit.

So she stayed with Azan Tefou for five months before returning home. If she were a single woman with no responsibilities, there wouldn’t have been an issue with fans. But Nicole left her daughter May home with her family and stayed with Azan.

Fans Are Frustrated With Nicole

Reports indicate she could have come home, as she was given warning the flights might get canceled. But she opted to stay with Azan, who may or may not be her boyfriend still. Nicole continues to tease her followers about her relationship.

It’s gotten to the point were fans got awful tired of hearing what she had to say about her 90 Day Fiance love affair. Many don’t trust what she has to say anymore. But then there’s May, the little girl that fans just adore. She’s the real breakout star of the show.

Check Entertainment Chronicle for the latest on all your favorite reality shows like 90 Day Fiance.