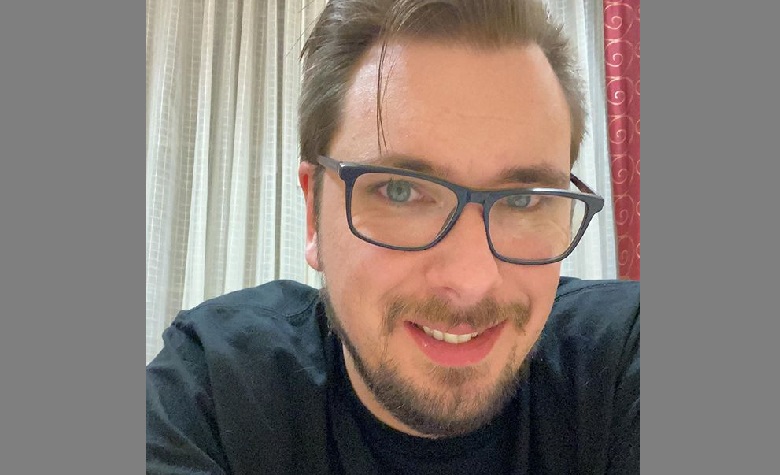 90 Day Fiance star Colt Johnson looks as if he’s become quite the legend these days or at least he thinks he has after his latest post. He also seems to take a dark turn from the original Colt Johnson who first showed up on the TLC reality series.

At first, Colt appeared as a meek and mild self-confessed mama’s boy. But he seems to see himself differently these days. Photos of Colt in some rather compromising positions circulate the 90 Day Fiance online world.

There was once a time where a wild night meant dressing up his cats to entertain himself and Mother Debbie. But now it looks like he’s going down a new but darker path. 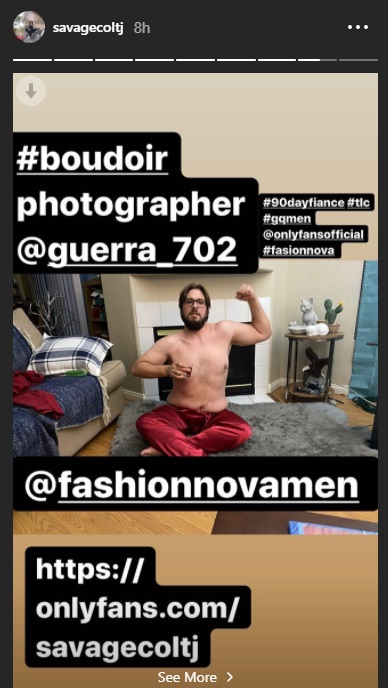 It seems Colt considers himself quite the catch. If he’s not sprawling out in front of a fireplace to prove it, he’s talking about it. Is he fashioning himself after the late Hugh Hefner, the original playboy? He appears quite comfortable in his new uniform of a silk pajama bottoms in the post above.

The 90 Day Fiance celeb looks as if he’s about to do something completely out of the norm when it comes to Mother Debbie. It sounds as if he knows the time has come. But just the thought of cutting the apron strings leaves him hurling in a garbage can.

A clip below shows a serious Colt in a conversation and looking a bit uneasy. Notice what happens when he admits that his mom has been somewhat of an obstacle to his love life. The 90 Day Fiance stud makes his way over to the trash can and regurgitates his lunch.

Colt Johnson throws up after he decides it’s time to have a talk with Mother Debbie about boundaries. It seems he fears this so much that he cannot contain the contents of his stomach. Yes, he pukes at the thought of telling his mother to back off.

Colt Johnson appears to think his fame is now way beyond the other 90 Day Fiance celebrities’ status. He deems himself as the most pirated in “OnlyFans” history. 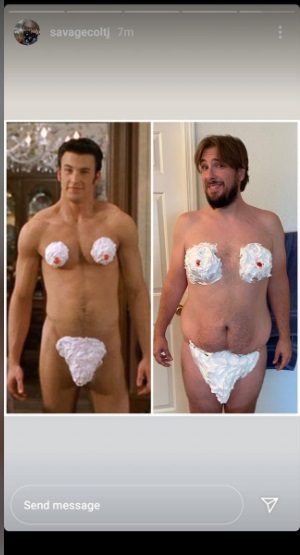 Fans kicked in some thoughts about that. Considering the “OnlyFans” venue hasn’t been around long enough to really have any history, Colt seems to be stretching this a bit.

Even the die-hard fans of Colt Johnson find some of his latest posts utterly disgusting. From his whipped cream comparison pic above to his bathtub shots making the rounds online, fans find this behavior rather gross.

Many wonder what Mother Debbie thinks about her son starting to look like an X-rated movie star wannabe these days. It sounds as if this change in Colt is going to rearrange his relationship with his mom as well.

That is if he ever does work up the courage to ask her to step away from his relationships. So far it appears that courage ended up in that public trash receptacle.

Keep up with Entertainment Chronicle for all of your TLC updates and news.