90 Day Fiance Colt Johnson is known for his some would say strange antics. He embraces and flaunts his extra pounds as seen in his recent 90 Day Fiance episodes with his latest girlfriend Jess Caroline.

Colt never really acted shy about the extra weight he carried. It also never slowed him down with the Brazilian beauties he brings home to Mother Debbie. Colt’s newest stunts are in diapers and bubble baths for his new OnlyFans account. He also looks to have lost at least 70 lbs or more.

Colt shares a lot of himself working out on his social media. There was even a rumor about him dating his gorgeous Trainer. 90 Day Fiance does tape 4-6 months ahead so when the Brazilan Beach episode aired Colt was already on the road to dropping the big pounds.

Colt Johnson In A Diaper and Bubbles

Fans are all buzzing about the strange antics of Johnson on his OnlyFans social media account. Pictures from his account have been obtained and show Johnson in a bubble bath looking kind of “happy”. And another picture where he is letting it all hang out in a diaper holding a large baby bottle. I guess to each his own right?

Colt Johnson has not had a problem showing off those love handles and belly button. Some of his latest beach scenes that were shot in Brazil for the 90 Day Fiance show lit the internet on fire. Colt was stripping down to a tiny speedo. His girlfriend Jess Caroline acted impressed at the time. She said he makes her want to have sex all the time. It does seem Colt Johnson does not have a problem getting women to look his way, his problem is keeping them. 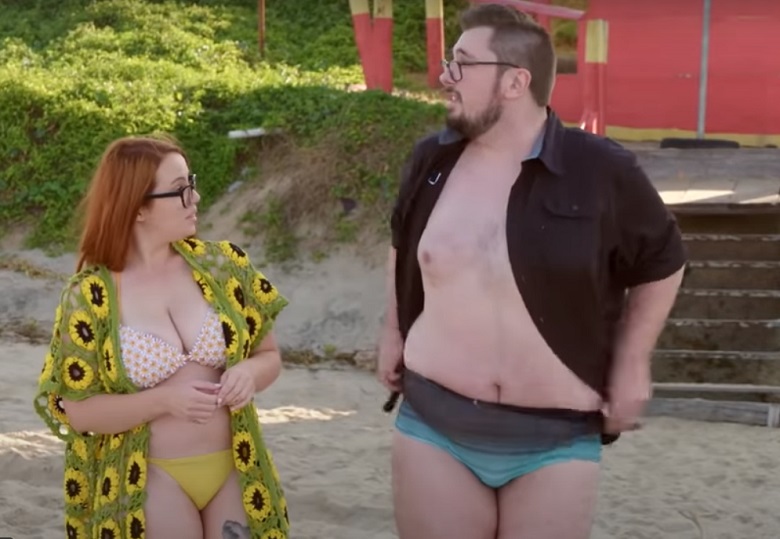 90 Day Fiance: Colt Johnson Had and Lost Yet Another Woman In His Life

Jess caroline was his new girlfriend for this season but by the most recent episode, she is now his ex-girlfriend. After Colt sent pics of his undercarriage to other women, that became the last straw for his girlfriend. That’s why she’s his ex-girlfriend today. This was also a point of contention with his ex-wife Larissa Dos Santos Lima.

Dos Santos Lima claimed Coltee had a problem flirting with women online and doing more. Well, it seems Colt now has an outlet at OnlyFans to cut loose all of those uninhibited desires that broke up his relationships. From the looks of his Onlyfans pictures, he has quite a variety of poses and they are very entertaining in a weird way.

Stop. Listen. Want to be the 9th? Subscribe to my only fans https://onlyfans.com/savagecoltj (link on the bio). Find out what all the talk is about #90dayfiance #onlyfan

Nobody can say Colt Johnson is boring. He is very entertaining and in a strange sort of way charming? Never a dull moment in the Johnson house.

Keep up with Entertainment Chronicle for all of your TLC updates and news.