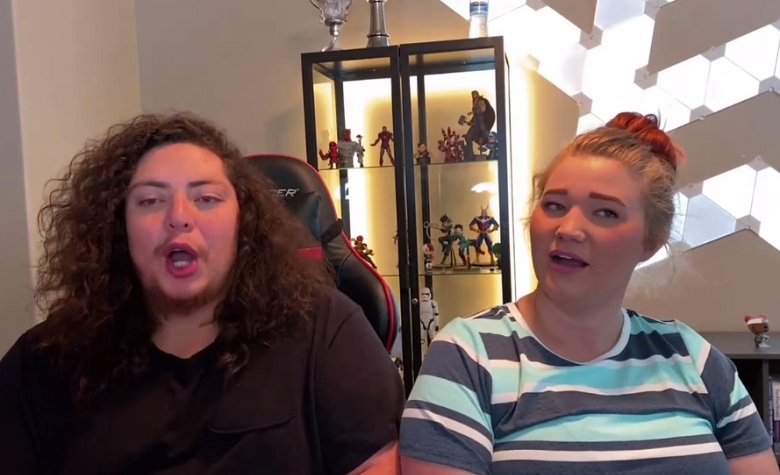 Sister Wives star Kody Brown’s son-in-law Tony Padron is not just your average guy, no he will shock you when you hear about his credentials. Fans got to know Tony Padron as Mykelti Brown made plans for their wedding.

That alone offered quite the Sister Wives debacle. Kody could only whimper as he heard the plan starting with 400 guests. Then it seemed like Tony Padron spent Kody Brown’s money like it was his own. But the cherry on top – those never forgotten tacos.

Sister Wives: Tony Padron Gets a Rise Out of Kody Brown

After Tony Padron got quite the rise out of Kody Brown without even trying, fans wanted to see more. But when Kody was asked why the adult kids weren’t in many of the Sister Wives episodes, Kody had a menu of reasons. Starting with they need a storyline to feature one of the adult kids and their spouses.

It’s been a bit since I’ve posted. Why? I’ve been busy with life haha. I’ve moved and it’s been a huge blessing to have a new home. I’ve also decided to stop procrastinating and just DO IT so happy Wednesday night and I hope you’ve had a great life these last several weeks. Back to the fun on social media!!! #newhome #undiedhair #lotsofwork #noprocrastination #lularoeolive #lularoeretailer #lovemywhimsicallife

Tony’s job wouldn’t allow him time off for filming the Sister Wives series, so they did not become part of the regular players on the show. But Tony recently announced that he’s changed jobs. He is one of those people who now joined the work-from-home group that is quickly growing across the nation.

What Was Tony’s Hush-Hush Job?

Now that Tony is no longer at his other job he was willing to answer questions about his job at “the bank.”  During the time Tony Padron helped Mykelti plan the wedding, there were a few times when fans wondered if maybe he wasn’t the sharpest knife in the drawer. But they were wrong.

After all that wondering – wonder no more. This Sister Wives’ son-in-law is one smart cookie. He said he was an officer in the bank where he drew up loans. It sounded like he had many certifications ad various licenses needed to do the job of high finances.

Now that he is no longer in that job, he can talk about it. But he can’t talk about his new line of work. He signed a non-disclosure contract for that job so he can’t mention anything about it, especially on social media.

While both Mykelti and Tony can come across as a couple of frolicking kids at times, these two appear to have good heads on their shoulders. Both seem gifted in the intellectual department. They are actually quite interesting to watch.

Another thing you learn while watching these two together is that this is a Sister Wives match that makes a monogamous lifestyle look good. These two are still quite smitten with each other and it looks as if the honeymoon is far from over. This is also a couple that appears to be best friends as well.

A few people asked about Myketi and hubby growing their family. While it’s probably in the cards one day, “NO” – Mykelti is not pregnant today.  Talking about kids is one thing actually being pregnant is another. And… Mykelti wants that understood, she’s not pregnant.

It seems she’s been fending off these rumors for a while now. Last year she needed to squash a pregnancy rumor as well so she sure doesn’t want to do that again. But the time will come when they do grow their family, both agreed on that.