90 Day Fiance star Colt Johnson has made quite the transformation in real-time and looking quite different than he did while filming this season. Recently a photo of Colt Johnson surfaced, which was taken while he filmed this season of the show. It’s probably of the most embarrassing photos ever posted of a TLC reality series cast member.

That embarrassing moment caught in a photo gathered many bashing comments aimed at Colt. But it looks like those 90 Day Fiance days are gone. Or at least the weight he carried around with him is and he’s looking so much better.

One of the first places that you notice Colt Johnson’s weight loss is in his face. And… it’s a handsome face at that.

The 90 Day Fiance stud appears to have chiseled facial features. They take the place of those chubby cheeks, which are now gone. The difference is horrendous as the baby fat melted away to uncover a rather distinguished-looking Colt Johnson.

Colt Johnson In One Of The Most Embarrassing Poses Ever

Colt Johnson and his mom, Debbie Johnson, pose in the picture on the left above. That photo was posted just a few weeks ago. On the right is the photo that gathered all the attention recently.

It’s a screenshot from filming this season several months ago. For a guy, this has to be one of the most embarrassing photos ever. He is showing stomach cleavage and his belly hangs over almost enough to cover up his speedo.

Despite carrying all that extra weight, the women still flocked to Colt’s side. He’s already had relationships with two gorgeous Brazilian women. One he married and the other, well, their relationship plays out on this season of 90 Day Fiance. 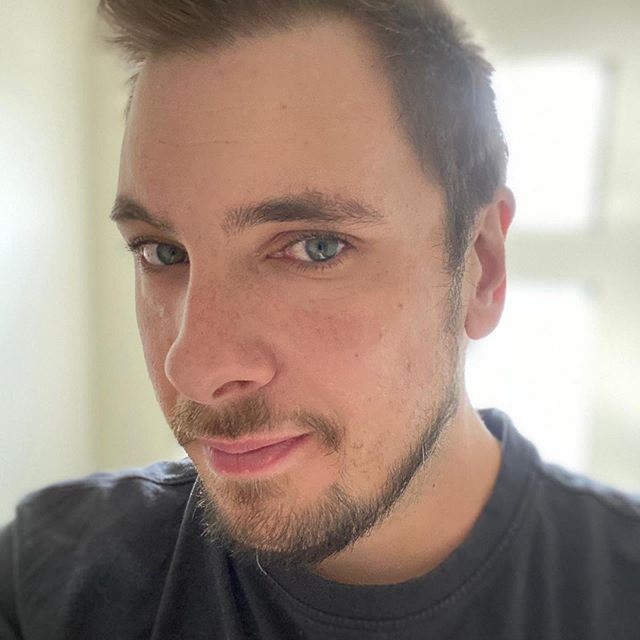 It seems that both women craved intimacy with Colt. After marrying Larissa, things got messy. But Colt’s new gal on this season of the TLC reality series says she can’t get enough of Colt Johnson.

You can see the 90 Day Fiance celeb with Jess Caroline in action wearing that cleavage-sporting speedo in the video below.

Colt is looking good today and it’s quite the comparison from his first introduction to the fans of 90 Day Fiance.  Colt’s recent Instagram stories capture him in the gym working out.

It’s easy to see from the before and after weight loss photos above that he’s been very successful in shedding the pounds. Not only has he dropped the weight but he’s toning up as well.

When he’s at the gym, he’s rubbing elbows with stars like Nick Hogan, Hulk Hogan’s son. But more importantly, he’s firming up. There’s so much sagging flesh to contend with after losing a substantial amount of weight. But it looks like Colt got a jump on that with the barbells and other weights at the gym. Check out the video above to hear what Colt has to say about his Ex-wife Larissa Dos Santos.