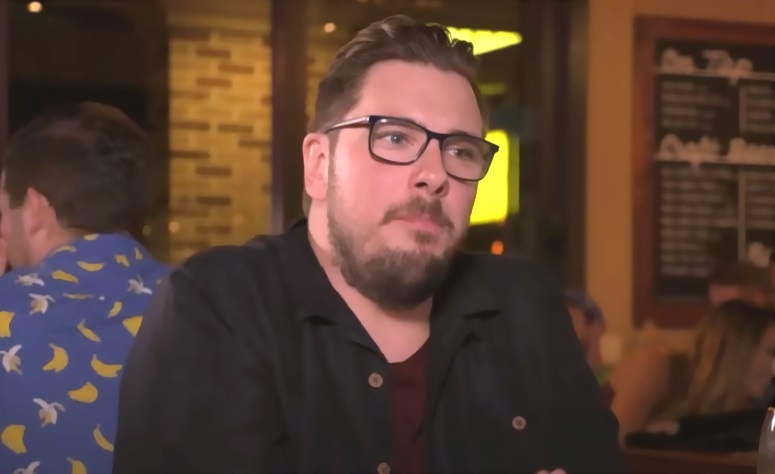 90 Day Fiance: Happily Ever After brings back Colt Johnson who has the online world in a tizzy over what he reveals in one of his scenes this season. That scene was made into screenshots which not only went viral but have some nasty comments attached to them as well.

90 Day Fiance: Colt Johnson Asks Too Much Of His Swimsuit

If you haven’t seen the photo of Colt Johnson and his new 90 Day Fiance girlfriend, Jess, at the beach, then take a look at it below. For most people, a question pops up once they see what Colt reveals in that tiny grape-smuggler. What was he thinking?

It looks like Colt and Jess are in a cleavage competition. While Jess sports cleavage in a place where you’d expect it, Colt has the same type of cleavage going across his stomach. It’s accentuated as a result of him squeezing into a Speedo that’s probably three to four times too small for him. 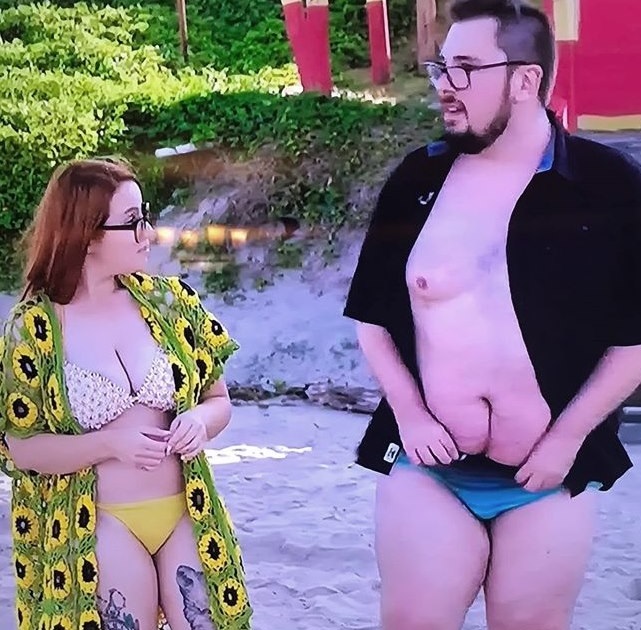 There’s no reason Colt couldn’t look presentable at the beach if he wore the proper attire for his size and shape. A simple boxer-type swimsuit that’s sized correctly would have done away with this rather embarrassing look. It’s a look that the 90 Day Fiance fans are pulling apart online.

Always Looking For That Shock-Value

Colt is one bright guy and for sure there has to be a mirror somewhere around, so why wear this?  If Jess is as great as he conveys to the 90 Day Fiance cameras, surely she said something about this crime of fashion.

If she cares about him the way Colt thinks she does, she would have gently explained that this pinched look doesn’t flatter him at all. She very well could have done this but Colt might have taken his chances anyway.

Colt Johnson seems to enjoy the shock value that goes along with some of his antics on the TLC reality series. On his first date with Jess, he talks about sex. Then he compares Jess to Larissa on camera. Let’s face it, Colt wouldn’t be such a fan favorite if he didn’t bring drama to the 90 Day Fiance table.

Looking at the screenshot above, Colt’s bathing suit doesn’t appear much bigger than the bottoms of Jess’s swimsuit. There’s no mistaking that they’re too small by just glancing at them. Yes, this is one image that you can’t un-see.

You can just imagine how this tiny piece of clothing feels on Colt as he trots around wearing it. So, not only does it look too small, it has to feel too small as well. Again, Colt Johnson is not a stupid man. He has to know what this looks like to the fans just by glancing into a mirror.

It’s possible he was going for a little self-deprecating humor with this scene. He’s not a bad looking guy so why go out of your way to sport a look that will keep the fans’ tongues wagging for a while? Probably for just that, it will keep the fans talking and bring Colt to the forefront of this 90 Day Fiance season.

Not only does Colt look uncomfortable in that suit, but it also looks like there could be some pain involved. This just speaks to the things that the 90 Day Fiance cast will go-through for publicity. Is this all about Colt Johnson securing his place in the headlines as TLC rolls out the new season?