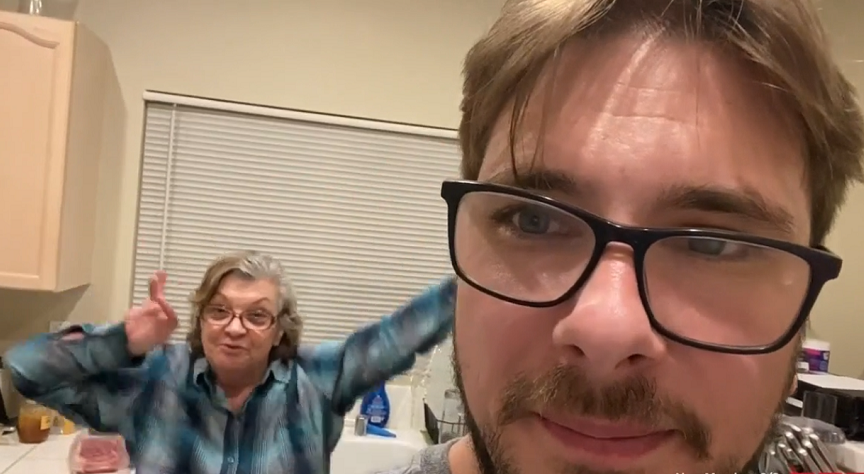 Colt Johnson and Mother Debbie Johnson are self-quarantined at home with nothing but 90 Day Fiance cameras documenting just about their every move. And… these two are definitely making some moves around the house, like breaking out in dance.

90 Day Fiance: Self Quarantine – Colt Johnson, Mother Debbie, and All Their Stuff

It’s easy to see cabin fever settled in for Debbie Johnson and her son Colt Johnson. They represent one couple out of several who invited the 90 Day Fiance cameras in to watch them while they honor the nation’s stay-at-home plan.

Colt still does his workout via an online hookup with his trainer. Debbie rustles her son up some steak as she waits for him to join her in the kitchen. While she cooks, Colt delivers the bad news that he was fired. So they pour two glasses of schnapps, and toast to better times to come.

While Debbie flips the steak, the two break out in dance. It looks like Mother Debbie never forgot the moves of her day. She seems to combine the dances of long ago like The Twist and The Swim.

In between the different dance moves, Debbie breaks out in some tap-dancing-like steps that resemble Irish dancing. Colt gets a little crazy with his arms as he swings those upper limbs. But the two keep in step.

But Your Eyes Drift to the Clutter

As Colt moves the 90 Day Fiance camera to capture himself and his mom, you can’t help but notice their surroundings. There’s a lot of stuff around this household.

It’s not a dirty house, Debbie and Colt look rather clean. But there doesn’t seem to be an empty space on the tabletop, the countertop, or even in the bookcase.

"I never thought it would happen in my lifetime." Colt and Debbie invite you into their home, Monday at 9/8c on the new limited series #90DayFiance: Self-Quarantined.

It’s hard to decipher just what each item or product is because of the speed the camera pans the room. While it’s not quite at hoarding level, you just can’t help notice that they just have a lot of…  well – stuff.

Either Larissa kept the house neat while she was there or 90 Days Fiance staff uncluttered it a bit when they filmed. Because the house never looked like this with Colt’s wife in the house.

Since Larissa didn’t work when living as man and wife with Colt, she had plenty of time to clean the house. Larissa didn’t like the clutter so maybe she did keep it under control. But it’s Debbie’s house and she should have it any way she wants and again, it’s a bit crowded with stuff – but clean. 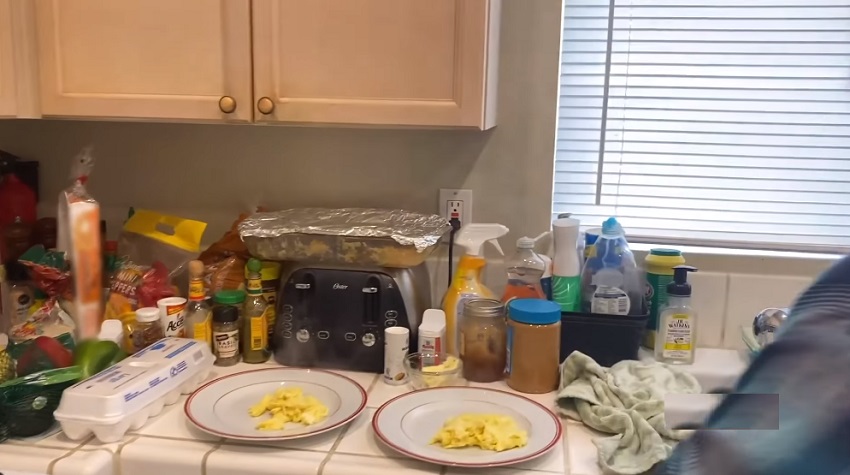 Colt took some time out on the 90 Day Fiance episode Sunday night to talk about his mom. Now that he’s spending all this time with her he thinks about how much he really loves this woman he calls mom. This was an endearing moment on his part.