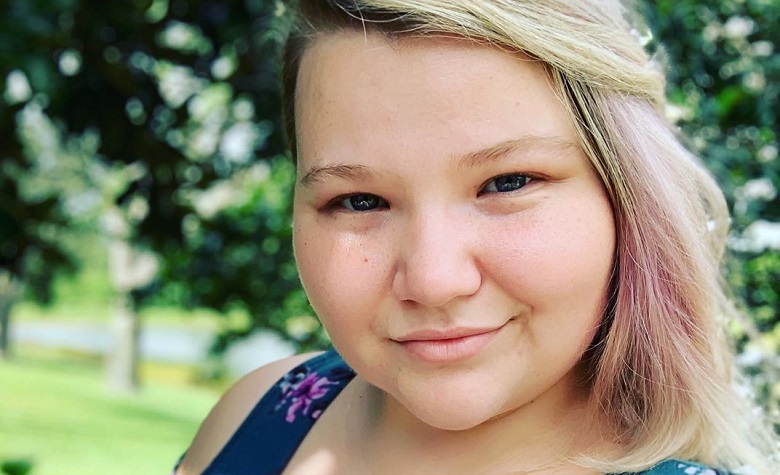 90 Day Fiance celeb Nicole Nafziger gets hit from the online world today after she opted to stay in Morroco with Azan Tefou in lieu of coming home to her daughter May. The word abandoned is thrown out there quite a bit from the fans of the TLC reality show.

Little May was the breakout star during Nicole’s season. While the young mother persued Azan, who seemed unenthused about it all, May stole the hearts of the 90 Day Fiance viewers.

While Nicole was in Morroco visiting Azan, that vacation ended up with a long extension. The COVID-19 hit and travel restrictions soon followed. But it seems Nicole didn’t heed the warnings and get on a plane to get back home to her daughter while she still could.

Instead, she took advantage of the travel ban and allowed it to force her to stay with Azan on the other side of the world. Nicole updated her social media followers once the travel ban was in place. She writes:

“Sucks everything is closed, I am still in Morocco for everyone who wants to know. Not going home just yet but I’m fine. We’re good.”

That’s not what the fans wanted to hear from little May’s mother. Then the flood gates opened.

The Sad State of Affairs

Many 90 Day Fiance fans see Nicole as a foolish young woman blinded by her obsession for Azan, a man she met online. Even her mother, who has May with her today, doesn’t see this relationship going anywhere.

Fans of the 90 Day Fiance series have bombarded Nicole with warnings and attempted to lure her away from what appears to be a one-sided relationship with Azan. But for some reason, she continues to live out this fairytale.

Much like in the post above with a photo of her and Azan. She writes “The Truth” with a heart between the two words. She continues to see this as a whirlwind love affair. Yet 90 Day Fiance viewers get a different impression from Azan.

Robbalee Nafziger apparently had enough of seeing her daughter bashed online this week. She surfaced in her mama bear mode. It doesn’t matter that Nicole is an adult, she’s still Robbalee’s child. Most moms have a line and when that line is crossed, watch out.

While Robbalee wasn’t mean, she did tell the 90 Day Fiance fans she needed to set things straight. It seems May’s grandmother put more of a positive spin on Nicole’s situation. Instead of Nicole abandoning her daughter, Robbalee described her more like a mother who sacrificed by leaving May behind.

Instead of Nicole abandoning May, Robbalee wrote:

“There was no abandonment. She (May) is getting to spend some time with her grandparents while her mommy is away. There is a lot more to this story than a simple answer.”

It sounds more like Nicole made a sacrifice so May could visit with her grandparents. There you have it, Nicole’s mom attempted to hose that fire down. But do the fans buy it?