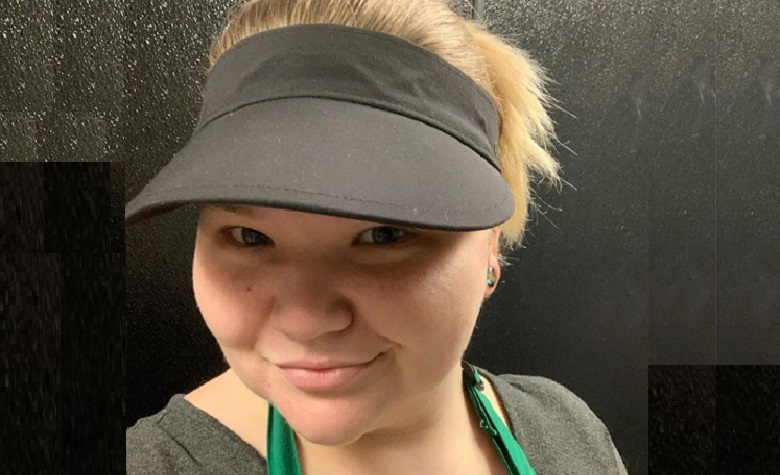 90 Day Fiance alum Nicole Nafziger apparently got what she wanted after her baby ultrasound post went viral and awarded her an uptick in viewers. Not to mention the money each view got her after everyone followed the link she offered up.

90 Day Fiance: It Sure Looked Like Nicole Nafziger Has Baby On Board

Without saying the three words – “I am pregnant”, Nicole Nafziger built up quite the story online using an ultrasound image that she posted. It looked as if this 90 Day Fiance celeb was pregnant. This manipulation by Nicole Nafziger even had tabloids reporting that she’s having a baby.

While the headlines blare that Nicole has a baby on the way, it looked like this make-believe story from this TLC series alum got out of hand.

Maybe the uproar from the fans knocked some sense into Nicole or maybe she felt horrible leading on the fans. But something prompted her to finally address the issue using real words and not pictures.

Still, today her followers call this post nothing more than “clickbait”. It seems this seemingly immature 90 Day Fiance celeb needed to do some damage control.

So, Nicole Nafziger got online to say she was sorry. Nicole’s apology was brief and she apologized for her “confusing post”. Although the fans saw it as purposely confusing from this 90 Day Fiance game player.

It seems Nicole never heard of the story about the “Little Boy Who Cried, Wolf”. But it seems she put her fans in the position to now question anything she shares online. It looks like she’s cried wolf once too often.

Evidence of this should up in a comment on an adorable picture of her daughter that she posted on Instagram. A fan sized up Nicole’s motives. “Surprised this isn’t clickbait,” her follower writes. Apparently they were comparing it to Nicole’s online whirlwind pregnancy that never happened. 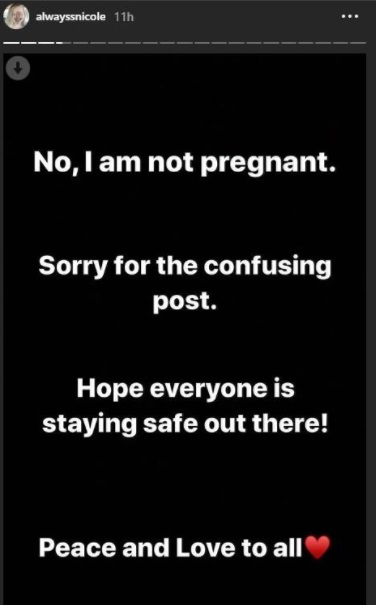 Nicole was young when she first appeared on 90 Day Fiance. She will turn 27 in November, so she’s a grown woman now.

It seems Nicole stood out as one of the most gullible of the series cast members when it came to Azan Tefou. Or maybe it was her need for love that kept her in denial. No matter what he told her, she believed him.

She didn’t like being played by Azan, yet it seems she’s borrowed some of his tactics. It sounded like she hated Azan’s manipulation, but it looks like she did the same to her many loyal fans online. Fans don’t find Nicole’s antics cute and they’ve called her on them today.

Many of her followers believe the ultrasound post was a deliberate ploy on Nicole’s part to gather up some attention. Keeping herself in headlines also keeps her fame alive.

Today she’s created an uproar. It also seems that her followers won’t be easily swayed again into believing everything they see and hear from Nicole.