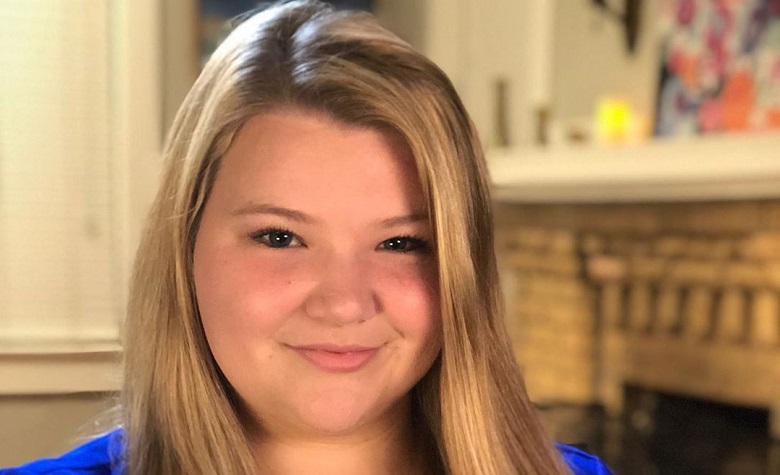 Nicole Nafziger, the love-struck 90 Day Fiance alum, decided to take advantage of what’s going on in the world and drop in on the love of her life, Azan Tefou. She seemingly ignored the serious warnings coming from the government about the Coronavirus outbreak. Instead, it looks as if this TLC reality show celebrity used this to her advantage and took an impromptu trip to Morocco.

With fewer air travelers today due to the outbreak, airfare prices plummeted and the 90 Day Fiance star got herself a deal. That bargain brought her right to Azan, the man who 90 Day Fiance fans think is just leading on Nicole in a farce of a romance.

The signs all point that way for this relationship. Fans gave up counting the red flags that fly a long time ago. This love match seems totally one-sided but the smitten Nicole doesn’t seem to see this.

Nicole indicated that she had a lot of room on the plane for this flight during the world pandemic. The flight appeared less than half-full. After four years in this relationship hasn’t seen much growth.

Still, Nicole apparently thought it was worth the risk of possibly exposing herself to this virus via travel to another country. But did she really think it through? She could still contract this illness and bring it home to her loved ones. This mom has much more to think about than herself and Azan.

Not much has changed since fans watched this relationship on 90 Day Fiance. With Azan still in Morroco and Nicole in Florida with her daughter May, it remains a long-distance love affair. But sadly, Nicole keeps plugging away with hopes of a future with Azan.

If Azan’s social media sites are any indication, his investment in this relationship seems little to none. His social media posts are mostly of himself buffing up at the gym. He last-mentioned Nicole in a post back in 2017, so that doesn’t seem like a man too invested.

90 Day Fiance – Azan Tefou Just Not That Into Nicole?

The 90 Day Fiance mom of one makes sure her social media sites highlight Azan. This sad contrast doesn’t seem to spark worry for Nicole Nafinger. Although, there is one piece of news the fans of this TLC series were thrilled to hear.

At least Nicole didn’t take May along for this trip. Thankfully she used good judgment when it came to her little girl, who is a fan favorite from the TLC reality series.

Nicole reports that she plans to spend two weeks with Azan in Morocco but with the COVID-19 pandemic spreading rapidly, who knows if she’ll be able to get a return flight. Sadly, fans of Nicole seem to think this is one very real example of – love is blind.