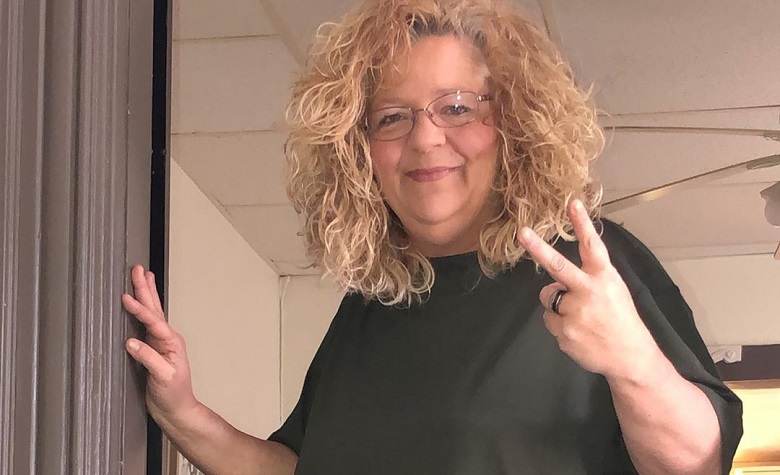 90 Day Fiance star Baby Girl Lisa Hamme looks more like the victim today than she did yesterday after the dirty deeds of Usman emerge online. These deeds were posted by a woman scorned.

The 90 Day Fiance celeb Lisa Hamme was slammed online for taking $26,000 of Usman money. She rubbed his nose in it as well. Lisa took it to spend on a wild shopping spree over the last few days.

Then she posted photos of the new car she purchased and pictures of her on the road during her spending spree. This got her a collection of nasty comments.

The money she took was from the pay Usman received for the Cameo videos he made. Because he couldn’t get this money in Nigeria, he trusted that when he had it sent to his 90 Day Fiance, now wife, she would give it to him. Apparently he didn’t bank on Lisa finding out what he’s been up to.

Fans Tar and Feather Her Over Poor Usman

Usman looked like such a sad and mistreated 90 Day Fiance character when he was left without a cent. At the same time the woman he married mocked him and shared pictures of what she purchased with his money – a car.

Baby Girl Lisa had fans livid over what she did to her Nigerian husband. But… that all came to a screeching halt today. Apparently Lisa had enough of looking like the bad guy. 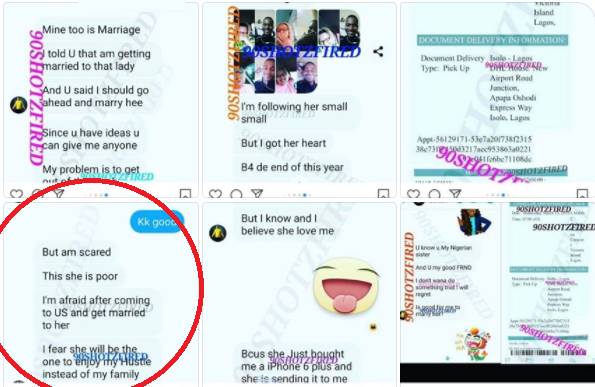 The 90 Day Fiance alum, who will not return to the TLC reality show, turned the tables. She decided to share what she knew and what prompted her to take over the money, which came in a check legally endorsed to her.

The flood gates opened over at Lisa Hamme’s Instagram site when she proved that she did her homework. Her 90 Day Fiance partner and now husband did not feel the same as she did.

It looks like Usman saw Baby Girl Lisa as his ticket to America. Lisa loved him and Usman used her, which is the direction that Lisa’s posts take the fans in today. 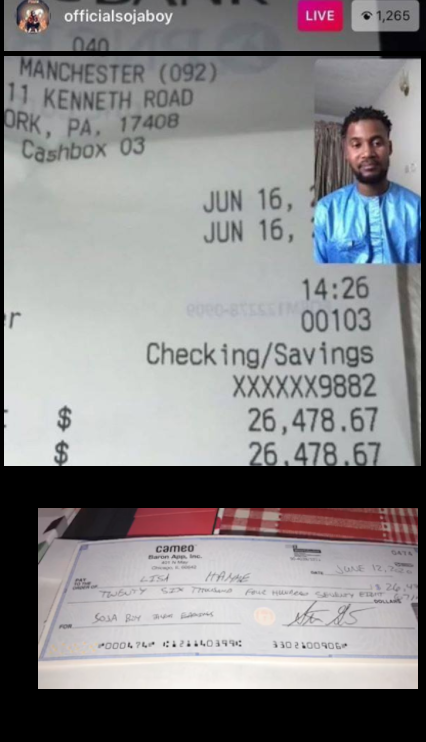 She posted screenshots of when Usman messaged a good friend, who he says is like his sister. He tells this friend that he’s afraid to marry Lisa. “She is poor,” he writes, so his fear is that he’ll make it big with his music, and as a wife, she’ll get his money. Well, it looks like Usman’s predictions on his 90 Day Fiance wife rang true.

He wants this money to help his family. He worried Lisa would get a hold of it and because she’s poor, she’ll spend it. Maybe Usman can apply for a job as a psychic. That’s because everything he feared materialized. She did get his first $26,000 from his Cameo gig.

But she took all this only after she found out about his hidden agenda.

Who Has the Last Laugh?

Lisa collected enough evidence from people she met while over in Nigeria while there with the 90 Day Fiance crew. She learned he didn’t love her, he also thought she was too old for him.

Usman believed his 90 Day Fiance partner loved him after she bought him an elaborate cell phone. So, Usman might be left without a penny but he’s in the same boat that he was when Lisa first met him. Baby Girl Lisa, on the other hand, is shopping until she drops and driving a new car on Usman’s dime.

This explosive breakup is still playing out on social media today. Stay tuned for the next round as Usman and Lisa appear to be going for the gusto today.