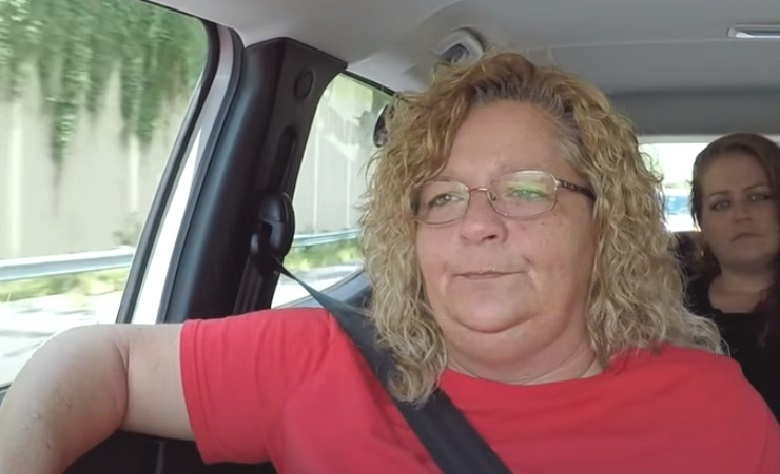 90 Day Fiance: Before the 90 Days star Baby Girl Lisa Hamme came out of nowhere and suddenly became a household name for her antics on the TLC reality show. Lisa Hamme skyrocketed after demonstrating some harsh and inappropriate behaviors in the series.

90 Day Fiance: Before the 90 Days: Lisa Hamme Puts Up a Fight

So, it looks like her 90 Day Fiance and TLC days are over. It seems even a recent scheduled interview for Lisa with a third party was canceled by the network. After a week or so of biting back because you can’t silence “aka Baby Girl Lisa”, she spins a farewell video.

It’s not as if Lisa Hamme didn’t give it a good try to stay in the headlines.  She even showed up online in photos with tape across her mouth. Apparently it was her idea of throwing shade on the network for attempting to silence her.

But it appears that TLC reached their limit with Lisa Hamme. While nothing official came down from the network, Lisa seems to think she’s done. So, with a tone of sadness in her voice, she offers a video of her goodbye. In this video, Lisa named more people than someone would if they just won an Academy Award.

Good-Bye But, Look at Her Hair – Fans Give a Big ‘Wow’

While this video appears to be her dramatic farewell to the TLC reality world, fans honed in on something else. They couldn’t say enough about Lisa’s new hairdo. She looks fabulous with her loose curls puffed up and framing her face.

For all those who called her “frumpy” during he 90 Day Fiance gig, you might want to take a look at her today. The fans cannot send enough complements her way today after seeing the makeover of Lisa Hamme’s hair.

Whether or not Lisa should stay as a star for the 90 Day Fiance franchise wasn’t contingent upon her hair. It was tied into her behaviors and well, you have to admit, she was a little harsh for a prime time television star. It looks like Lisa’s behavior was the means to her demise on the TLC series.

The majority of the time, the victim of those inappropriate behaviors was her Nigerian rap star love interest, Usman Umar. This 90 Day Fiance celeb berated Usman, who is decades her junior. This started from about the time she first touched down in his native country.

It’s not as if the audience took to Baby Girl Lisa because she was so likable. No, everyone watched to see what she would say or do next on the reality show. Everyone seems to gravitate towards a train wreck and it seems Lisa Hamme offered that effect for the viewers of the TLC series.

The 90 Day Fiance series survives on drama. Not the drama you see at home in your own living rooms, kitchens, and even bedrooms. No, they survive and flourish by supplying over-the-top drama most people don’t see during their normal lives.

So it makes sense that they pluck out the most colorful characters among the applicants for any of their series in the franchise. Apparently, Lisa Hamme fit that bill. But, like others who came before her, that 15-minutes of fame may have gone to her head. Maybe she got too big for her Baby Girl britches.