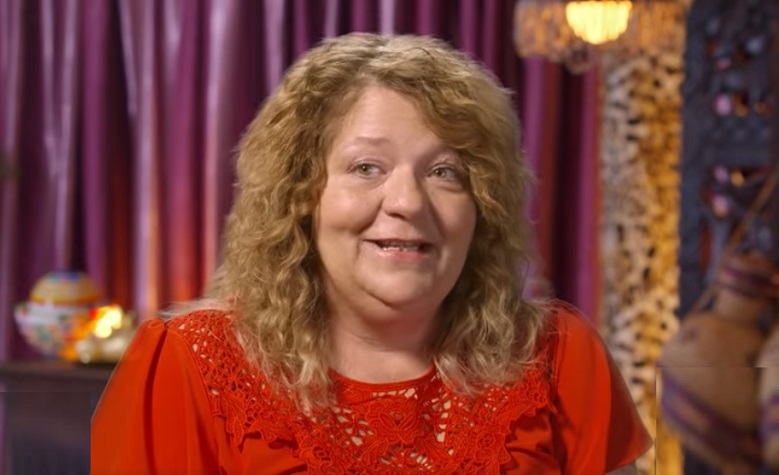 Baby Girl Lisa Hamme from this season’s 90 Day Fiance: Before the 90 Days needs more than a song from Sojaboy to fix her broken marriage. That’s her real-time problem today. When the much anticipated 90 Day Fiance ‘Tell All’ episode airs on Sunday night viewers get to see how the marriage begins to crumble.

Baby Girl Lisa and Sojaboy’s marriage is over, according to what Lisa’s said on social media. That blushing bride in the 90 Day Fiance: Before the 90 Days season finale is now seething in anger.

Lisa appeared to be transported back to a young woman when the handsome Usman asked for her hand in marriage. With tears in her eyes and her hand over her mouth demonstrating her surprise, she said yes. Marriage seemed to agree with her at the wedding as she swooned over Sojaboy’s romantic moves.

Usman picked out the reception gown for Lisa, it was a surprise! They both love the color red. #90DayFiance pic.twitter.com/1cI9XefkuE

But her innocent bride-like gestures were fleeting. It seems she quickly kicked back into Lisa, the older woman attempting to control a younger man. That new bride behavior surfaced a few times during this 90 Day Fiance season finale. Fans saw this when Sojaboy wrote a song for his bride and sang it for her.

Blushing Bride – Here One Minute, Gone the Next

The post above offers a look at Lisa enjoying her time as that blushing bride. It was like she was able to go back and relive the days of youth for a little while until reality seeped back in.

That reality was seen on the faces of Usman’s friends and relatives as the 90 Day Fiance couple tied the knot. Some of them looked like their faces turned to stone as the couple repeated their vows.

It was as if they worried about the future of this marriage. From what Lisa is sharing on social media today about her relationship with Usman, it looks like their worries came true.

The expressions of family and friends at Usman and Baby Girl Lisa’s wedding. 🤣😬🙄#BeforeThe90Days #90dayfiance pic.twitter.com/4teKceYgel

One guest at the wedding changed their mind about Baby Girl Lisa. So, at least one in the crowd cheered them on.

This guest offered a rather brutal first impression of Lisa. He said that he thought she was “fat” and “too old” for Sojaboy but now he thinks they’ll make a “lovely family”. Well, that didn’t happen.

90 Day Fiance: Before the 90 Days – Mama Puts Her Order In for Two Babies

Although not present at the nuptials, Usman’s mom made it clear to the TLC reality show cameras what her expectations were for this marriage. She looks to Lisa to produce not one, but two babies within the next three years.

It seems at this point, Lisa joined that club of aging 90 Day Fiance women who were expected to give their young husbands babies. Baby Girl Lisa’s age might present as a roadblock for starting a family with Usman. Since Lisa announced the marriage is over, the issue seems null and void. She won’t have to worry about disappointing Mama.