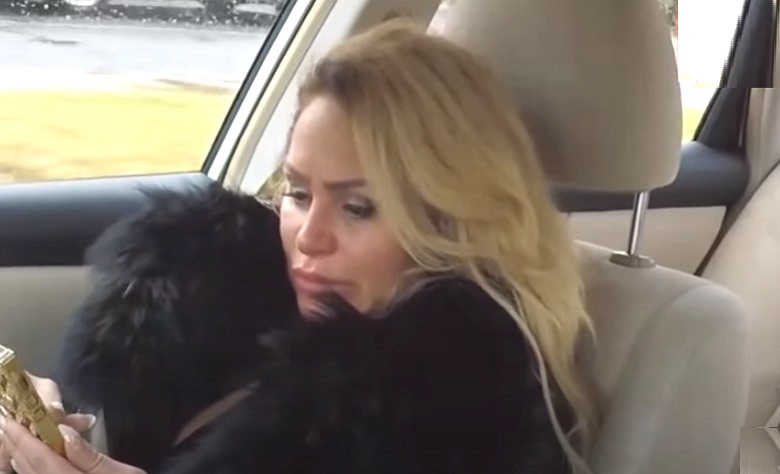 90 Day Fiance star Darcey Silva has a first for the series on her hands as Tom Brooks’ mother messages her attempting to lure Darcey back to her son.  Or so the TLC veteran reality star claims. But Darcey also shares that this isn’t the only message she received from Tom’s camp.

After all that Tom Brooks put her through when she met him in New York City, it looks like Darcey won’t bite. In a new video, a mature-acting Darcey Silva slams her ex-90 Day Fiance partner over this latest attempt at a reboot.

It’s a cold and rainy day in Connecticut when the infamous Darcey Silva from the 90 Day Fiance series joins her twin sister Stacey Silva. The duo doll up in the latest casual wear including skin-tight jeans. One of the first things you might notice about Darcey, who is the passenger in the car, is her teeth.

The day is dark and drab and it sounds as if ice pellets hit their vehicle as they ride down the road with Stacey at the wheel. Inside the car the lighting is dull but Darcey’s teeth shine such a bright white that it’s like her mouth is illuminated.

Just one more beauty enhancement for the woman who has given 90 Day Fiance fans plenty of reasons in the past to drop their jaws.

Darcey is dressed in a black jacket and Stacey wears a white coat. Fans are familiar with Stacey, as she also starred in Pillow Talk from 90 Day Fiance. It is apparent that these twin sisters made no attempt to look alike as far as their mode of dress goes.

But the focus of this clip isn’t about fashion, it’s about what Tom is doing to Darcey. When the sisters settle in for their car ride to an unknown destination, they chat. This is when Darcey springs the news on her sister that her ex is sending in reinforcements. 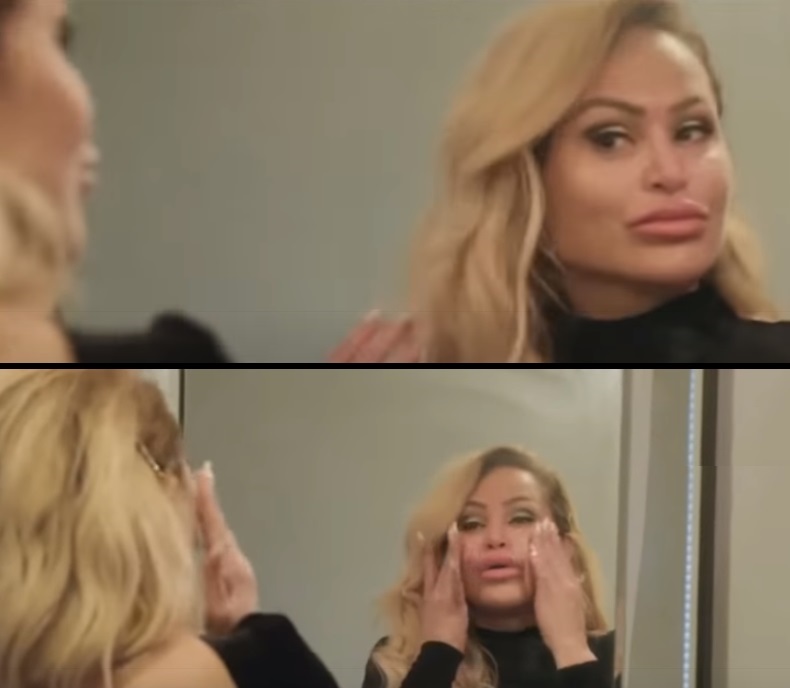 First, Darcey tells Stacey that she got a message from a man she’s never met. The guy is a long-time friend of Tom Brooks and he is reaching out to Darcey on Tom’s behalf.

The message says that this guy is appealing to Darcey to contact her partner from this season’s 90 Day Fiance. Apparently Darcey blocked Tom for some time now so he can’t get a hold of her.

This unnamed guy tells Darcey that her 90 Day Fiance partner told him that he made a mistake. So this friend hopes to get them talking again. Darcey ignored this guy’s urgent message. But next, she claims that not only did this guy message her, but Tom’s mother did as well.

Darcey claims Tom’s mother is attempting to do the same thing. She wants to get the two talking. It seems that Tom wants Darcey back and he is now saying that he made a mistake. So, he gets some help from his mum. 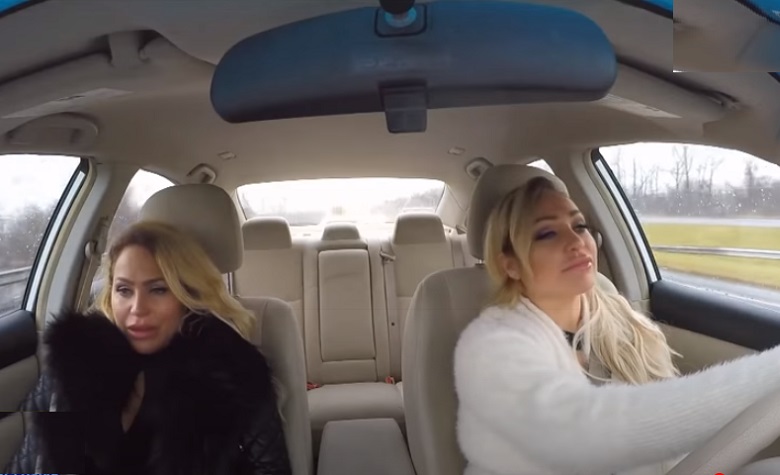 As far as the veteran cast member from 90 Day Fiance is concerned, she’s done with Tom. She is not answering the messages and she slams Tom for even thinking she’d give him another chance. She didn’t miss the opportunity to say this on camera, which Tom will probably see.

It’s ironic how Tom Brooks seems to have slowly dwindled in the headlines. Although, the Darcey Silva name is still a household word. So maybe Tom realizes without Darcey he’s just another bloke from the UK.

Anyway, it appears that Tom Brooks goes all out today to appeal to the heart of his 90 Day Fiance ex. But for Tom, it looks like Darcey’s heart has grown cold for the guy from across the pond.