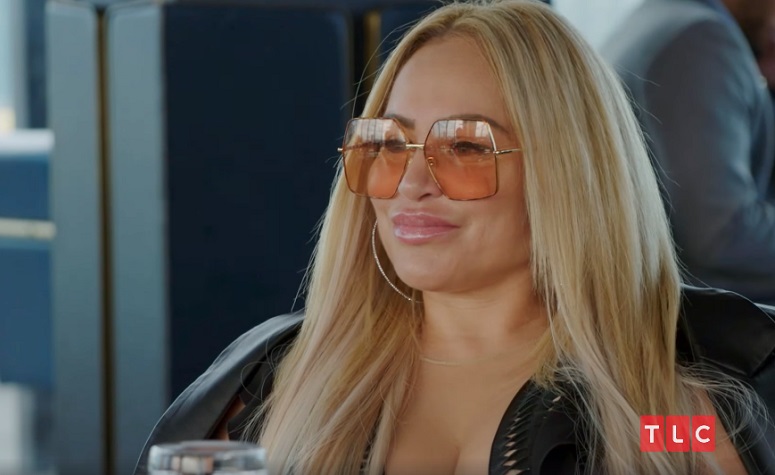 It looks like Darcey Silva is thrown aside once again on 90 Day Fiance as a much younger, smaller and less vocal new love wins over Tom Brook’s heart.  It seems Darcey’s attempt at finding love via the 90 Day Fiance series suffers another fail.

A trip to New York City starts with a huge insult for Darcey Silva. Tom told her that she’s put on weight, providing one huge jaw-dropping moment for the audience at home. Sadly, fans believe the Connecticut native just can’t compete with Tom’s new infatuation.

Tom might find the object of his affection much colder to the touch than Darcey Silva. But it appears he’s made up his mind. In fact, fans of the 90 Day Fiance show think Tom had this love in mind from the get-go. It looks like Darcey probably never really had a chance.

So who was Darcey thrown over for? While he reveals he has another woman, 90 Day Fiance fans believe it’s really the camera. Sure, there’s a new woman in the picture. From what Tom says, this is a lady who loves him in the way he wants to be loved. But this new woman will probably find the camera competition as well.

Still, Tom did meet someone else and he’s called Darcey to NYC to tell her this. While saying he still loves Darcey, but only like a sister, Darcey is fuming. She came all this way with a different vision in mind. Instead, she gets that “let’s be friends” speech. 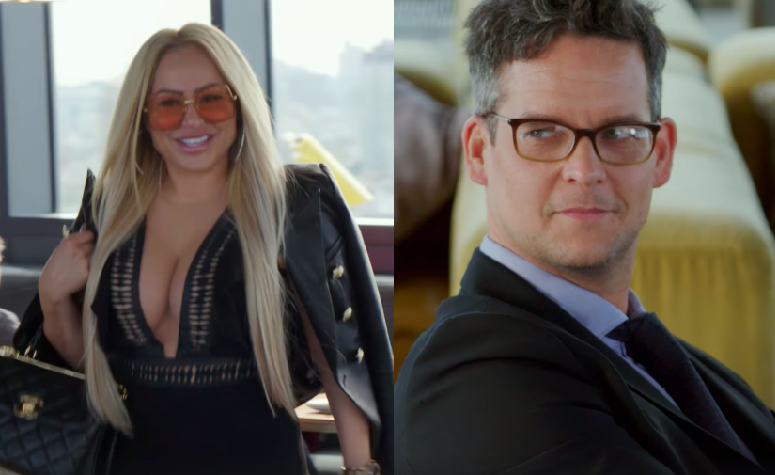 While spitting mad, heartbreak takes over in the aftermath of what Darcey just heard from Tom. The fans think Tom got out of this relationship just what he wanted in the first place – fame.

The British gent fills his social media sites with selfies. Much like Darcey Silva’s first partner, Jesse Meester, Tom Brooks strikes a pose frequently to share with his fans.

As the 90 Day Fiance season progressed, so did the fans’ doubts about this guy from the UK. It became more apparent that it wasn’t Darcey who he was interested in, according to the fans’ comments online. No, it seems it was the fame that’s attached to Darcey that fans think enticed Tom Brooks.

Another One Bites the Dust

The viewers get to watch another New York City scene with Darcey Silva on Sunday night’s episode. But in next week’s episode, she sits in bed crying all alone with her suitcase contents strewn across the bed. She manages to share her complaints in between the sobs.

As Darcey wipes away her makeup that drips down her face from her tears, she complained that no one likes to be alone. It looks like New York City is not a lucky spot for romance for this 90 Day Fiance veteran.

Just like Tom, Jesse invited Darcey to the Big Apple to put a final end to their failed relationship. In both incidences, Darcey thought she was making the trip to rekindle their relationship. But that didn’t happen with either of the two.

90 Day Fiance: Maybe Darcey Should Stay Away From NYC With Men

Both 90 Day Fiance men used this trip basically as a dumpsite to severe their relationship with Darcey. Both times she ended up alone in a room crying her heart out.

After watching this latest season of 90 Day Fiance, many fans came to the conclusion that Darcey was only Tom’s ticket to fame. Some fans went even further by suggesting Tom faked his romantic intentions just to get in front of the camera.

So, viewers of this TLC series see Tom’s real love emerge. It’s plastic, cold to the touch, and with him in his pocket wherever he goes. Those carefully posed selfies on his site are like stepping stones to fame.

Once the big network cameras no longer follow him around, those selfies might keep him afloat in fame. But either way, fans believe Tom’s first and probably only love during his time on the TLC show wasn’t Darcey, but anything aimed at him with a lens.